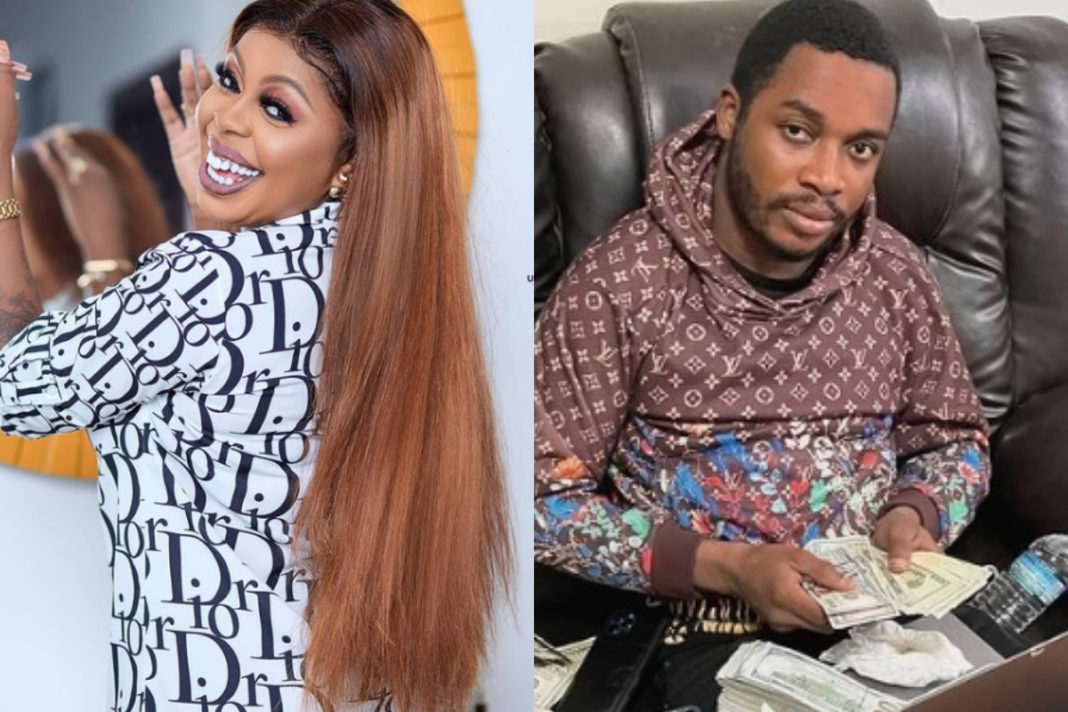 READ ALSO: “I Did Not Invite Kuami Eugene To My Birthday Party”-Mr. Drew Reveals [Video]

Twene Jonas on the other hand lambasted Afia Schwarzenegger for using her platform to preach prostitution to the young ones rather than calling on the government to attend to the issues facing the country to the satisfaction of everyone.

Twene Jonas described Afia Schwarzenegger as “Fufu Funu” who has no right to question him about his sentiments on the affairs in the country.

Well, in a recent video post by Afia Schwarzenegger on Instagram, she was seen touring her followers around her water company as she takes us through some of the processes the company goes through in producing their product.

In the course of the tour, Afia Schwarzenegger bragged about the fact that she is her own boss and needs not to brag about other people’s assets.

Recall, Twene Jonas was spotted in a Lamborghini he claimed to be his but per what Afia is saying, it seems he only wanted to impress his followers on social media.