Executive, Legislature, Judiciary, and citizens have a collective responsibility to protect our peace 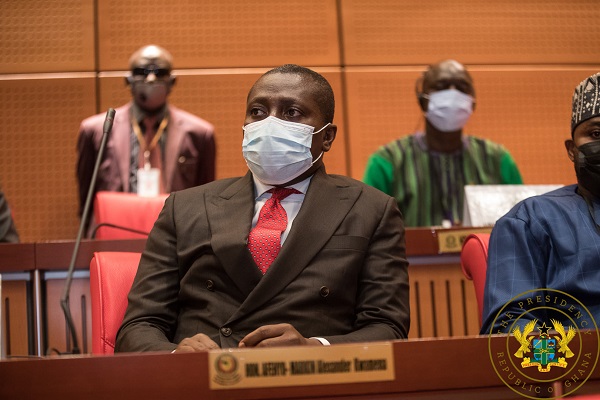 The Deputy Majority leader and MP for Efutu, Kwamena Afenyo Markin has urged the Executive arm of government, Members of Parliament, the Judiciary, Chiefs, and citizens to collectively protect the peace of the country.

He admitted that there might be a few security challenges in some parts of the country but that does not give the basis for people to declare the country as insecure.

He said such comments would not take us anywhere as a country.

Afenyo Markin further said, every Ghanaian citizen has the right to freedom of speech and also the freedom to demonstrate, and nothing should be done to frustrate the exercise of such people but must be done in a manner not to create or destroy the peace we all are enjoying.

He advised citizens to be mindful of how we react towards issues in our homes and body politics so that this country remains peaceful.

Ghana he noted, is seen as a haven of peace and as a country, we must discourage extremist views in all spheres of life.

He disclosed steps are being taken to resource our security agencies so they would be able to work efficiently.

He said Ghanaians must not take our and security for granted.

He made these remarks when he was contributing to a statement made on the floor by Member of Parliament for Klottey Korle, Dr. Zenator Agyeman-Rawlings on the rising levels of insecurity and violent crime in Ghana.