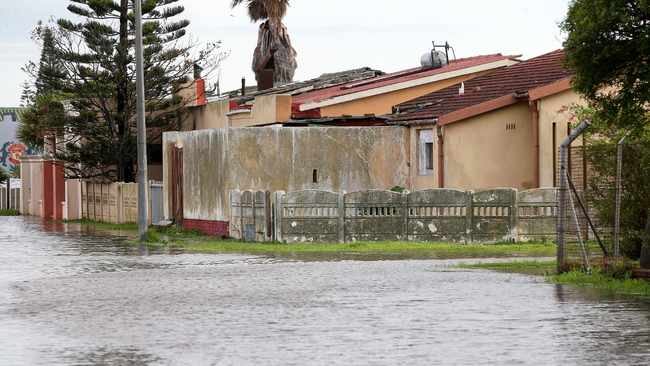 Local Government, Environmental Affairs and Development Planning spokesperson James-Brent Styan said on Wednesday several houses and structures were damaged along the Garden Route district, with multiple reports of roofs blown off in Sedgefield, George and Mossel Bay and structural damages reported as far afield as Oudtshoorn and Hessequa.

Across the same region there have been reports of power outages and a large number of trees that have blown over.

There have been no reports of injuries or evacuations and no roads are closed. All the damages are being managed by local municipalities at this stage.

Local Government, Environmental Affairs and Development Planning MEC Anton Bredell says conditions are expected to remain cold and wet for the largest parts of the province until Sunday.

“Road users should be aware of rubble and trees that may be lying in roads across the province and are urged to drive slowly and carefully over the next few days. Municipalities will continue with mopping up operations during the rest of the week.”

In the City of Cape Town, no major incidents have been reported overnight beyond some additional flooding challenges due to continued rainfall.

“The city didn’t get the gale-force wind seen elsewhere in the province. The city continues to assist affected communities with mopping up operations, supported by the nationally mandated agency Sassa.”

Members of the public are urged – in the event of any emergency – to contact the emergency services immediately. The easiest number to remember is 112. This is a toll-free number and can be dialled from any cellphone.

Additional regional numbers for reporting emergencies in the Western Cape: