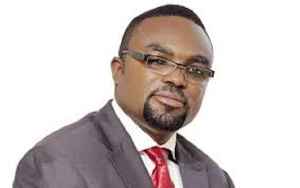 Some angry local traders at Adjen Kotoku have raised red flags over the allocation of the market to onion traders from Agbogloshie.

The traders have accused the Ga West Municipal Assembly of taking their money on the premise of allocating them spaces at the market.

However, after paying over GHc5,000, they have been asked to vacate the market so the onion sellers will take over.

Interim leader of the traders, Stephen Yeboah said the Assembly went into an agreement with them but have breached the agreement.

He alleged that some of them had invested in the space by purchasing prepaid meters, and other renovations only to be told that they can no longer use the space.

He also alleged that some traders who had already moved in had their stores broken into and their wares removed.

Some he added were also attacked for demanding justice.

He told host Kwabena Agyapong that the MCE Clement Wilkinson has promised their money would be refunded to them.

“But we don’t want a refund. We are the ones to take over the market. We want the spaces.”

He disclosed they would seek legal action should their concerns be ignored.

“We will explore all legal actions because they are not giving us attention. You took our money and telling us that the GHc5,000 cannot purchase a store. This is an insult and we want the MCE to apologize,” he said.