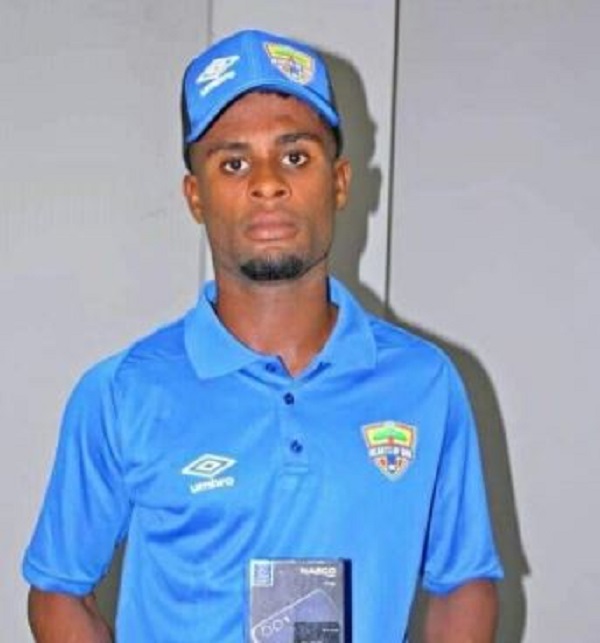 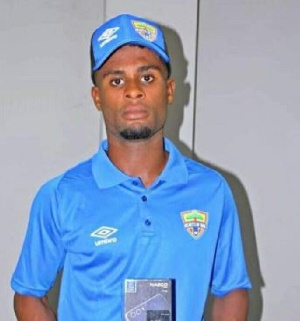 • Yaw Dabo is impressed with the form of Daniel Afriyie Barnieh

• Afriyie Barnieh has been in great shape for Hearts of Oak

• There are talks for him to be included in the next Black Stars call up?

Celebrated actor and owner of Dabo Soccer Academy, Yaw Dabo is looking forward to the day his product Daniel Afriyie Barnieh will get a call-up into the Black Stars.

Barnieh has become a fans’ favourite for Hearts of Oak supporters with his performance in the ongoing Ghana Premier League season.

The 19-year-old has been in terrific form for Hearts of Oak, netting the only goal that gave them victory over Kumasi Asante Kotoko.

His form has caught the eyes of Ghanaian football followers who are clamouring for his inclusion in the next Black Stars call-up.

Speaking on Nyce FM, Yaw Dabo said that it is his wish that Afriyie Barnieh is offered a chance by the Black Stars coaches.

“We are praying for his Black Stars call up and your hard work will send you there as a player. We are still praying,” he said.

Yaw Dabo urged Ghanaians to expect more players from his academy as he is grooming players with the potential to become national stars.

“As everyone is talking about Afriyie Barnieh’s performance now, we are coming out with two to three boys into the Ghana Premier League and they are very tough. Ghanaians should be ready and watch out for a fire,” he said.

Barnieh and his colleagues at Hearts of Oak are close to winning the club its first trophy in over 13 years.

Following the hard-fought victory over Kotoko there are fears of complacency stepping into the team but board member Alhaji Akambi has appealed to the playing body not to lose their head.

He says that Hearts are two games away from winning the title and must achieve same before celebrating.

“The three points was the most important thing and we the Phobians picked it. We still have 3 more games to go, I will implore all Phobians to hold on with their celebrations until we are done with the three remaining three games.”.

“Hearts of Oak is playing better football at the moment, I have not said we have won the league but let us all be patient and wait for the remaining three games and we all see who wins the title at the end of the day,” he said.