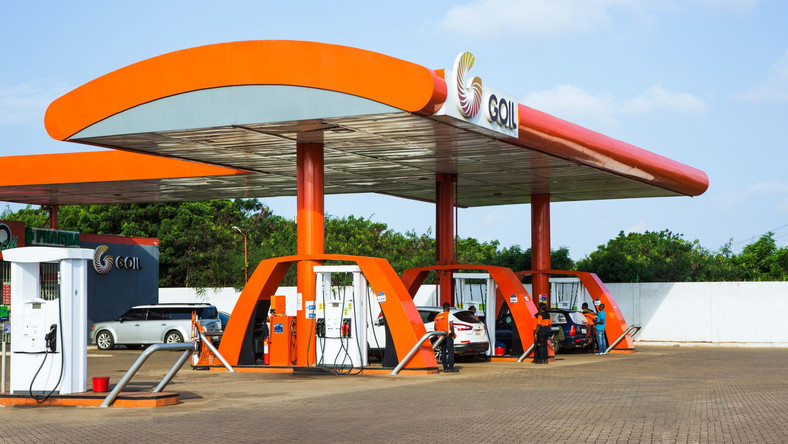 Board members of GOIL at the AGM

Kwamena Bartels, Board Chairman of GOIL Company Limited, who disclosed this, said the company’s profit-after-tax was GH¢90.03 million, down by 14.5% compared to the previous year. Consequently, earnings per share also fell by 14.5%.

He said even though GOIL witnessed a difficult year in 2020 due to the pandemic, the company remained committed to providing valuable products and services to its stakeholders, while implementing programmes to maintain its position as the leading oil marketing company in Ghana.

In the area of technology, the board chairman said GOIL had put in place initiatives to boost its operations.

For instance, he said the company had leveraged on technology to improve on its cash collection methods through the use of cashless system by its customers to purchase items at its service stations and other outlets.

With regard to the electronic transactions, he said, GOIL had integrated all its service on GHlink, a national payment platform.

“This means that any GHlink electronic cardholder can use the card to buy fuel at all of our 400 service stations throughout the country,” he added.

GOIL, he continued, has also developed a mobile phone application that would allow customers to use QR codes for payment, a move that would eventually phase out the use of cards for payment.

In terms of water and sanitation, he said GOIL in 2020, constructed boreholes for communities and some educational institutions that were experiencing acute water shortage.

“Mechanised boreholes were initiated for Nkonya Wurupong Girls’ School while Obodan Girls’ Senior High School students in the Eastern Region also benefitted from the construction of an additional borehole project to solve the acute water situation in the school. Other communities that received boreholes were Tapa Amanfrom Resettlement Quarters, Nkonya Asakyir, Mile 6 at Apesokubi, and Apesokubi–Okomfo Badu Street, all in the Oti Region.

In the education sector, he said GOIL supported the National Maths and Science Quiz, Spelling Bee competition, and also the National Energy Quiz.

Commenting on the way forward, he said the company would make an aggressive marketing of bitumen products.

Government owns 34.23 per cent shares of the company, listed on the Ghana Stock Exchange in 2007, while the other 65.77 per cent are owned by individuals and other corporate bodies.