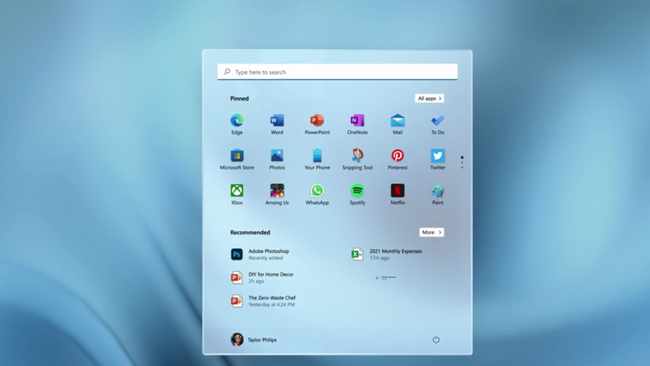 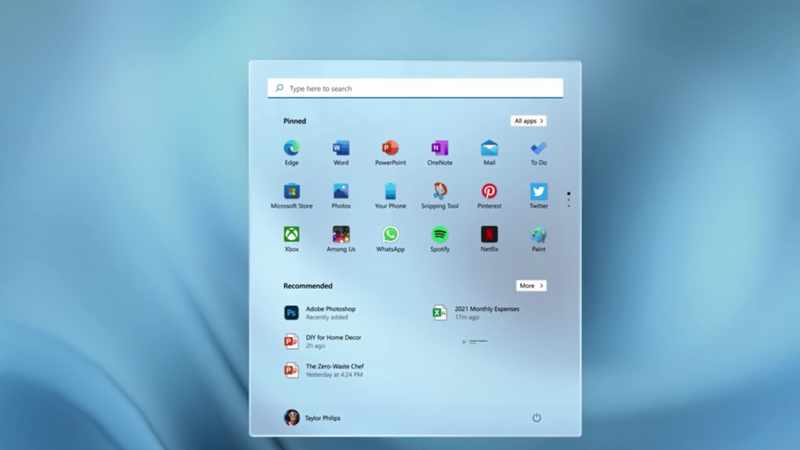 By Geoffrey A. Fowler, Tatum Hunter

Microsoft just moved your Windows Start button. But don’t worry, you can move it back.

The redesign of the iconic Windows menu, now in the centre of the screen rather than the corner, is just one of a slew of changes that Microsoft announced Thursday for the next version of the software that runs your home PC or the laptop you’ve been assigned to use at work or school.

With Windows 11, which will arrive later this year, Microsoft is giving its old-faithful operating system a facelift and trying to make it more relevant to a post-pandemic world where we work and communicate differently. Microsoft’s video chat service Teams is built right in – and, in a first, you’ll also be able to use some of the Android apps previously just available on phones and tablets.

This upgrade, the first new flagship version of Windows in six years, is a sign that Microsoft is on the defensive. It is still by far the most popular laptop and desktop computer software, with Windows 10 used by some 1.3 billion people. But in recent years, it lost market share to computers running Google’s Internet-focused Chrome OS – particularly in schools – and even to Macs made by longtime rival Apple.

In the first quarter of this year, Windows dropped to 75% of the global market for computers from more than 80% in 2020, says IDC analyst Linn Huang. The decline is partly due to covid-19 supply constraints on Windows PCs, but it also shows Windows has a long-term challenge in appealing to consumers beyond corporate IT systems. In the past decade, smartphones have become the most important devices in most people’s lives – and Windows doesn’t run on any of them.

Windows 11 has been tweaked to work better on touch-screen computers that double as mobile tablets. And under the hood, Windows 11 will also run on computers with a kind of processor known as ARM, seen on mobile devices and used in Apple’s latest computers, which are more power-efficient and get less hot.

As much as Microsoft wants customers to love Windows, a large contingent likely isn’t interested in new bells and whistles; they just don’t want Microsoft to break what’s already working.

Microsoft squeezed a lot into a 45-minute online launch presentation filled with hyperbole about making Windows feel like “home” and partly derailed by streaming challenges. So we took a step back and picked the five most important things to know about Windows 11.

It’s the end of an era: The Start menu is no longer at the bottom left of your PC desktop.

The new Start menu sits at the bottom middle and allows you to quickly see pinned apps, as well as a few recommended apps based on what you’ve used before. (Not to worry though – if you don’t like it in the middle, there’s a setting that lets you move it back to the corner.)

Windows 11 also comes with new, if basic, productivity shortcuts. If you tend to have multiple apps and windows going at once, you can hover over any window to reveal different options for organizing your screen. Maybe it’s two windows side by side, or one big window with a few smaller ones floating next to it. Click on the configuration you want, and your windows will “snap” into that shape.

People who want to jump between entirely different desktops can do that, too. Not only can you have different desktops for home, school and work, but they’ll also follow you around to whatever Windows 11 computer you’re using. Your different computers can sync up over the cloud: Leave work, open your laptop at home, and your screen should be just how you left it – windows, tabs and all. The Start menu even saves your most recent files, so you don’t have to click around to reopen them.

For the first time, you can get Android apps on your Windows PC, which is a big plus if your favorite apps have clunky Web versions like Instagram or no Web version at all, like Google Home. Now, Android apps will be downloadable in the Windows 11 app store, though you’ll have to jump through a few hoops. The Android apps actually come through a partnership with the Amazon app store (used by Amazon’s own Fire tablet devices), which you’ll have to log into separately with an Amazon account.

It remains an open question how much people want Android apps on a PC. Past attempts to port Android apps into Windows have been technically tricky and largely unpopular. Partnering with Amazon to deliver Android apps could help – although Microsoft’s last collaboration with Amazon, when it combined its Cortana voice assistant with Amazon’s Alexa, was a flop.

The security implications of Android apps on Windows 11 also aren’t clear. Can Microsoft catch and stop any malware that might arrive hidden inside Android apps? Microsoft said it couldn’t give any answers yet, since the companies are just beginning their partnership.

Microsoft is also trying to bolster its Windows app store by offering developers financial incentives not available on Apple’s rival app store. Apple has alienated developers by taking large cuts of the revenue from in-app purchases; Microsoft announced it will give developers 100% of their earnings in many situations.

3. Windows gets live-updating widgets – and its own news feed.

Windows 11 also introduces a whole new screen of info. A panel of so-called widgets, which you access by swiping in from the left edge, makes Windows feel a bit more like a phone or tablet – and will offer up all sorts of new distractions. Widgets are like apps that include live updates, like weather, stocks and your calendar. You can pick the ones you want, and Microsoft says eventually it hopes to include more from content creators.

The new widgets screen will also include its own feed of news articles, kind of like Facebook’s algorithmically generated news feed. Microsoft says it will choose the news it presents using artificial intelligence that learns your preferences from what kinds of articles you interact with most often in the widget.

4. Teams is built in for video calls and chats.

For many of us, the must-have communication apps during the pandemic were Zoom and Slack. But Microsoft also made inroads with its Teams service, which combines video conferencing and chat into one.

Now Microsoft is integrating Teams right inside Windows 11. You’ll be able to contact and start chats with people directly from the Start menu. If those people aren’t on Teams, you can message them over SMS instead, which sounds . . . confusing? We’ll reserve judgment until we see how it works.

It’s a bold move for Microsoft. First, Teams might cause some confusion for people who have grown accustomed to Skype, a different video chat and communication app also owned (and promoted) by Microsoft. Second, Microsoft has also been accused by Slack of using Teams for corporate bullying. Will Slack get the same ability as Teams to integrate directly into Windows 11?

5. You can download Windows 11 as a free update later this year.

Think of it as Santa’s little upgrade. Microsoft was a little squishy on specifics, but a finished version of Windows 11 should be available around the 2021 holiday season. It will be a free update to owners of Windows 10 PCs – at least the newer ones that can run it.

How will you know if your PC is fast enough? There are some hardware requirements, such as a newer processor, four gigabytes of RAM and at least 64 gigabytes of storage. Microsoft has a PC-checker tool you can use.

And the good news is Windows 11 is built on the same basic code base as Windows 10, so older apps and drivers mostly shouldn’t break (like with the notorious Windows Vista).

Finally, what happens if you don’t upgrade? Microsoft says it will continue to support Windows 10 until Oct. 14, 2025.