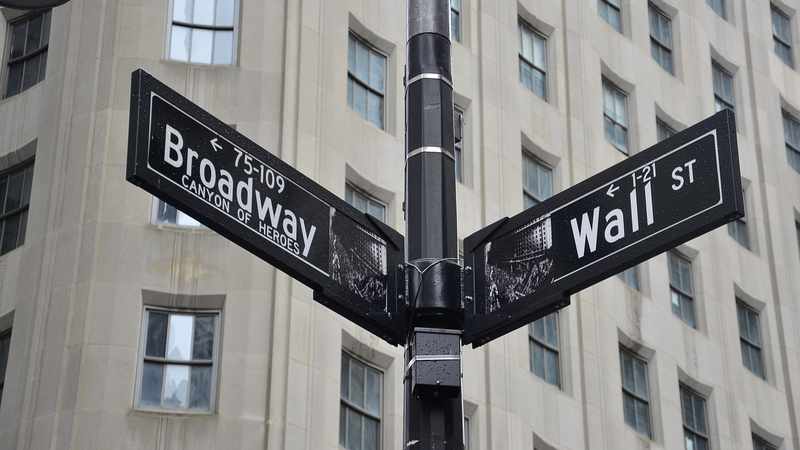 Last month’s GameStop trading mania was sparked by members of a popular Reddit investing community who said they hoped to strike back at the Wall Street elites who had long dismissed them as dumb money. But growing evidence casts doubt on the idea that the episode mostly benefited small-time investors.

Giant mutual funds that own the largest stakes in GameStop saw the biggest gains in value. Hedge funds – some that have started using algorithms to track retail investors on social media sites – appear to have bought and sold millions of shares during the stock’s most volatile period of trading, industry experts said.

And in at least some cases, novice investors lost their shirts.

Instead of heralding a new wave of investor populism, the rise and fall of GameStop’s stock may end up reinforcing what professional investors have known for a long time: Wall Street is very good at making money, and more often than not, smaller investors lose out to wealthy traders and giant institutions.

The four largest asset managers in the world together own 39% of GameStop shares, according to regulatory filings. Those stakes, which are mostly held for years in passive index funds, have collectively gained roughly $1 billion in value since the beginning of this year. One hedge fund, Senvest Management, recently boasted to clients that it made more than $700 million from a bet it placed on GameStop in September, the Wall Street Journal reported last week.

Steve Bruce, a spokesman for Senvest, declined to comment on the GameStop trades.

The sheer number of shares that changed hands during the stock’s most manic trading period in late January suggests the episode was driven by more than just small, retail investors. Some hedge funds bought shares because they were forced to “cover” their short positions – a financial cost imposed on investors who bet a stock will go down before it goes up. Meanwhile, other hedge fund managers were likely taking calculated, short-term risks buying and selling as the stock price traded up, said Robert J. Shapiro, a policy fellow at Georgetown University and former economic advisor to Bill Clinton.

“You have hundreds of millions of shares being traded at prices of $200 to $300 a share,” Shapiro said. “The Reddit crew cannot afford to play in this game in any significant way.”

The question of who profited from the stock bonanza is important to regulators, who are investigating whether the market was manipulated for profit. Individual investors can freely share their opinions about a stock on social media, but it’s illegal for a group of investors to coordinate an effort to pump up a stock price, said Jacob S. Frenkel, a former senior counsel at the Securities and Exchange Commission.

Professional investors who are licensed by the Financial Industry Regulatory Authority to give investment advice face stricter limits around how they can discuss their stock positions, Frenkel said. Legal experts believe financial regulators will likely be combing through social media posts to determine whether sophisticated investors used online anonymity to stoke demand for stocks.

The category of individual traders known as retail investors has ballooned with the rise of commission-free online trading apps including Robinhood. There’s no doubt these traders showed up in record numbers to help drive up GameStop and other stocks last month, creating a temporary liquidity crisis for Robinhood, which had to raise $3.4 billion to help cover the cost of guaranteeing all of its customer deposits.

But the rise in retail investors has also led some Wall Street firms to pay more attention to the mom-and-pop investors they used to ridicule. Quietly, hedge funds have started to build algorithms or hire outside firms that specialize in scanning conversations on Reddit and Twitter for clues about what retail traders are thinking. Several of these services, with names like Swaggy Stocks, Robintrack and Quiver Quantitative, popped up in the past two years.

“The most innovative investment firms realized that tracking Reddit was important to portfolio management,” said Justin Zhen, co-founder of Thinknum Alternative Data, a New York software firm with more than 300 clients who pay for data scraped from various sources across the web.

Aside from Senvest, the New York hedge fund that manages $2.4 billion in assets, Wall Street firms have kept mum about any GameStop gains. Most investors, with the exception of top corporate executives and shareholders who own at least 5% of a company, aren’t required to disclose their trading activity.

But industry experts say the soaring stock price was almost certainly given a boost by the hidden hand of larger investors.

“You better believe the large sophisticated firms in the space have technology to tell them about what’s happening in the world in real time,” Eifert said. He declined to comment on whether QVR took a position in GameStop or specify what technology his firm uses to monitor social media.

Last year, prominent hedge funds including Point72, D.E. Shaw, Two Sigma and Capital Fund Management were all found to be quietly siphoning trading data from a popular app called Robintrack, which collected information on which stocks users of Robinhood bought and sold. Casey Primozic, the programmer who created the now-defunct app, tweeted his finding in May of last year that he had traced large volumes of traffic back to servers that appeared to belong to those firms.

“It was mostly a vindication of the fact that the data does have value to these bigger players,” Primozic said in an interview.

Spokespeople for Point72, Two Sigma and Capital Fund Management all declined to comment on that incident or whether they participated in trading of GameStop. D.E. Shaw did not respond to a request for comment.

GameStop has only 47 million shares available to trade in the stock market. And yet, on its rollercoaster ride from a share price of $17 to $483 in the span of three weeks, investors bought and sold those shares hundreds of millions of times. Over three of the stock’s most volatile trading days, GameStop shares changed hands 554 million times – more than 11 times the number of total shares available.

This pattern suggests there is more to the story than retail investors buying shares and holding them through the stock surge, said Shapiro, the Georgetown policy fellow.

“The same shares are being bought and sold four or five or six times a day,” Shapiro said, a pattern he believes points to the involvement of hedge funds with large amounts of capital to bet on highly volatile stocks. “Hedge funds make money off of volatility and price change. If prices are going to change very rapidly that gives you a lot of opportunity to make profit.”

If social media scraping has been a secret weapon for Wall Street, the secret is out.

Quiver Quantitative, a firm that compiles data sources including social media, regulatory filings, and lobbying records, saw a surge of interest in its product from hedge funds and other institutional investors in the past two weeks, said Christopher Kardatzke, who launched the company with his twin brother last year. The company also offers a web dashboard of data for ordinary investors.

“A lot of people want to know what retail investors are talking about,” he said. “It’s a force which is going to be influencing the markets for awhile now.”

Another possibility regulators are examining is whether employees of large Wall Street firms were actively using the Reddit forum to boost their portfolios. Though posters are anonymous, r/WallStreetBets has long been populated by users who grasped complex trading concepts, shared screenshots of their Bloomberg terminals and discussed six-figure bets on single stocks, said Jaime Rogozinski, who founded the forum in 2012.

“Since it was started, it’s always attracted professionals,” said Rogozinski, who is 39 and lives in Mexico City. “It’s easy to miss them or assume they are not there because of the crude language.”

The sophistication of some forum members was evident, Rogozinski says, during an incident in late 2019 when they discovered a glitch in the Robinhood app. Redditors shared a “free money cheat code” which they said let them borrow an infinite amount of money to perform trades. One user named MoonYachts claimed to have placed a $1 million bet with only $4,000 of his own cash before Robinhood fixed the bug.

“It’s evident that these guys knew exactly what they were doing,” said Rogozinski, who said he stopped moderating the subreddit he founded last year.

Joey Brookhart, an analyst at a hedge fund in Denver, has monitored the subreddit for years as a form of entertainment. He said a typical post on the site is a “pump” – a message designed to get other users to drive up the price of a stock. Brookhart said he thinks most of these posts are shared by active traders, but not necessarily professionals.

“They kind of realize the power of a network that’s ripe for manipulation,” he said. “There’s a pretty easy formula if you want to go pump something.”

It’s clear that Redditors helped spark the initial surge that sent shares of GameStop trading at levels far above what any rational investor would have paid for a failing brick-and-mortar retail chain. One veteran of r/WallStreetBets who goes by the username DeepF***ckingValue has evangelized GameStop since last year, when he bought about $50,000 of the stock.

Last month, as his position soared above $47 million, the user was unmasked as Keith Gill, a 34-year old certified financial adviser in Massachusetts. Gill, who did not respond to a request for comment, has told interviewers he is not trying to pump up the price of the stock and always intended to hold his shares for the long term.

Debra O’Malley, a spokeswoman for the the Massachusetts Secretary of the Commonwealth said the state is currently examining Gill’s social media activity as it relates to his role as a registered broker and employee of MassMutual. She said the state has asked MassMutual for details about his employment, his disclosures and the terms of his departure from the company on Jan. 28.

“It’s our understanding they were unaware of his [social media posts] and likely would not have approved them,” O’Malley said in an interview.

Paula Tremblay, a spokeswoman for MassMutual, confirmed Gill no longer works at the company. She said MassMutual is reviewing the matter but declined to comment further.

Andrew Hong, an analyst for a financial software company in Toronto who bought stock options in GameStop last August, said he thinks investors on Reddit actually have a lot in common with the Wall Street investors they claim to despise: At the end of the day, they’re all trying to make money.