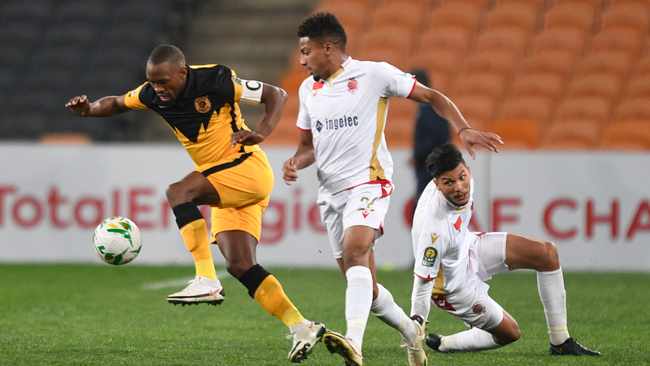 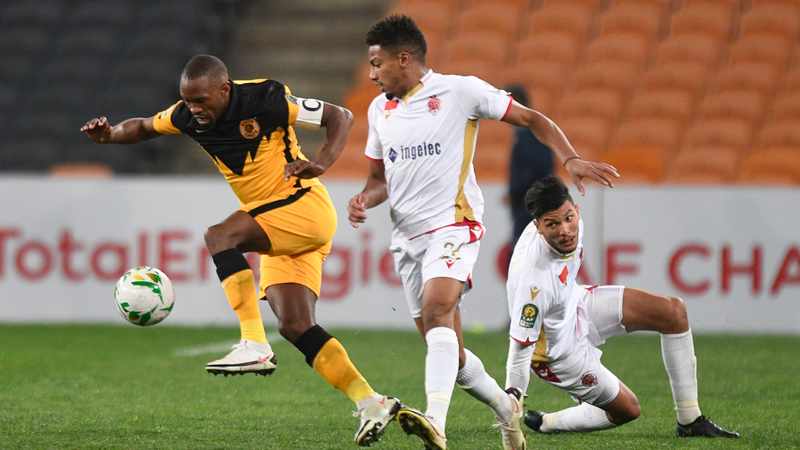 CAPE TOWN – Kaizer Chiefs have reached the Caf Champions League final for the first time in their storied history after they held the Moroccan giants Wydad Casablanca to a goalless draw in their semi-final 2nd leg at the FNB Stadium on Saturday evening.

The goalless draw on the back of last week’s 1-0 win has given Chiefs the green light into the final of Africa’s premier club competition. They will play the winner of the Esperance – Al Ahly semifinal.

Chiefs suffered a double whammy hours before the kick-off when last week’s Man of the Match’ goalkeeper Bruce Bvuma and striker Leonardo Castro were sidelined by injuries. Nigerian Daniel Akpeyi took over the shot-stopper duties, and Nkosingiphile Ngcobo joined the forward line.

There were also changes in the technical area. A few members had to go into isolation after coming into contact with people who were affected by Covid-19. Stand-in coach Arthur Zwane was assisted by the club’s Head of Technical Molefi Ntseki, the former Bafana Bafana coach.

The teams went toe-to-toe from the opening minute, and this lively start saw each side forcing a corner in the opening two minutes.

In the early attacks, Chiefs mostly bypassed their midfield with long balls, that were primarily directed at Serbian marksman Samir Nurkovic.

Around the 14th minute, Chiefs’ central midfielder Willard Katsande won an aerial duel, but his header was wide of the target after he connected with a Parker cross.

Wydad were far more patient in their build-up work as they started reversing the flow of the game. Chiefs, however, closed them down as they approached the fringes of the penalty area.

Wydad held the upper hand for a sustained period, and their efforts were worth at least a goal, but they failed to capitalise.

There were a few lapses of concentration in Chiefs’ defence. It allowed Wydad defender Ayoub El Amloud and midfielder Walid El Karti time on the ball in the striking zone. Once Akpeyi was in a position to save, and the other effort was wide.

By the time the first half ended, Akpeyi had made seven saves against one by his opposite number.

Five minutes before the halftime break, Wydad keeper Ahmed Reda Tagnaouti handled the ball outside the penalty area. From the resultant free-kick, the ball bounced off the Wydad wall for a corner.

Chiefs central defender Eric Mathoho was up for the set-piece, but his header flew high over the posts.

The Wydad players had been barking in DRC referee Jean-Jacques Ngambo’s ear all night. It, therefore, came as no surprise when booked the Wydad pair Aymane El Hassouni and Yahya Jabrane (Wydad Casablanca) in quick succession late in the first half for dissension.

It was all Wydad when the second half kicked off and it remained like that until the final whistle.

Chiefs were content to absorb pressure and relied on occasional counter-breaks to try to crack the opposition defence.

By the 70th minute, Wydad had claimed 70% possession and although Akpeyi was as safe as houses in goal, most of Wydad’s parting shots were wayward. At this stage, Wydad had a total of 13 shots, but only seven were on target.

With so much possession and going nowhere, the Wydad technical area started looking like a circus as supporting staff gestured wildly to acclaim missed scoring chances with a cacophony of oohs and ahhs.

And so it went on until the 95th minute, and to no avail, as Chiefs held out for a draw.