“This has lifted my spirit, Ghana must be fixed” – Efia speaks after her release from police custody [Video] » ™ 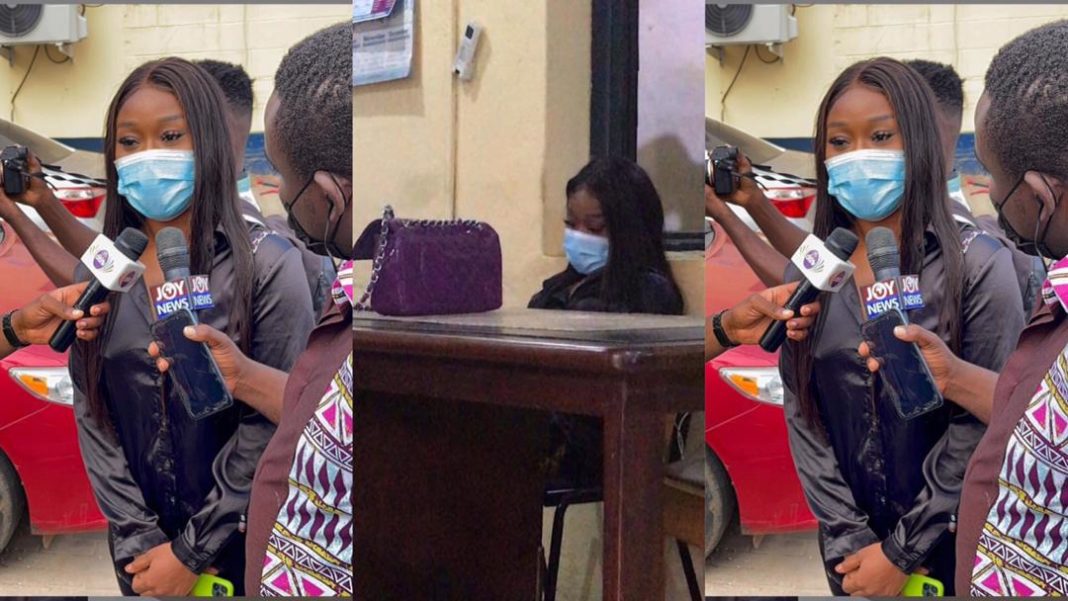 Efia Odo has been released from police custody  following her arrest today and she has pledged to remain strong as far as the #FixTheCountry is concerned.

According to her, she has been granted bail and was not subjected to any sort of maltreatment by the police officers.

Speaking to the media after her release, Efia Odo, who looked like a poor chicken left in the rain, said she is more determined to demand the best for Ghana since the #FixTheCountry campaign was staged in favour of the nation.

About 15 members of the #TheFixCountry movement who massed up at the entrance of the High Court were arrested, including actress, Efia Odo.

The reason for the arrest is still unknown, except that they were at the High Court to support lawyers of the group in a lawsuit that was brought against them.

According to some of the conveners, a police officer on duty at the court instructed them to leave the premises and later called for backup.

The Director of Operations at the Accra Regional Police Command led the team to initiate the arrest.