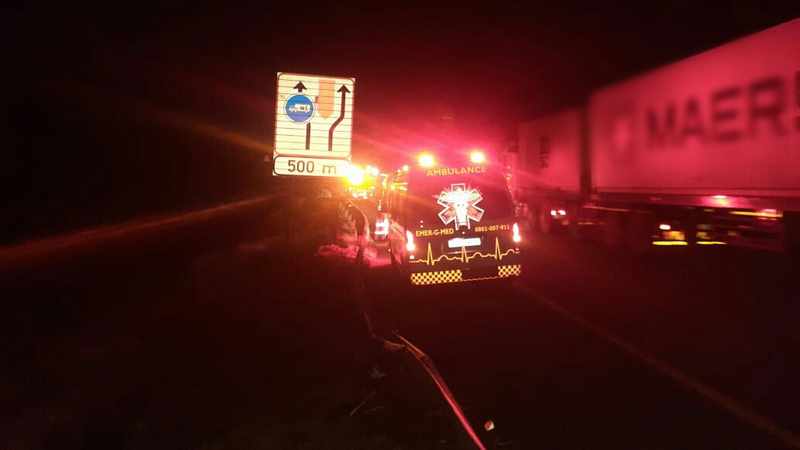 DURBAN – A train surfer and a truck driver were killed in a horrific crash on the N3 at 10 last night.

The roadway, in the vicinity of Van Reenen’s Pass, had to be closed to traffic for several hours while police investigated and clean-up teams cleared the area.

Spokesperson at Emer-G-Med Kyle van Reenen said that when emergency services arrived at the scene, they found that two articulated or heavy-motor vehicles had collided.

“One of the vehicles rear-ended the other, causing the driver to lose control of his vehicle which careened off the roadway, smashing into the barrier. The driver, the only occupant of the vehicle, was found to have sustained fatal injuries and was declared deceased on arrival.”

Van Reenen said that upon further inspection, a second male was found pinned between the two wreckages.

“Reports from the scene suggest the man to have been truck surfing at the time of the collision. An act where pedestrians climb onto the rear of heavy duty vehicles and hitch rides without the driver of the vehicle knowing,” he said.

The man was found dead at the scene.

Ghanaian socialite and musician, Hajia4Reall, better known as Mona4Reall, has reacted to the recent repentance of her friend,...
Local News

F**k Shatta Wale, Sarkodie; They Are Cowards For Not Openly Supporting LGBT+  – Wanlov » ™