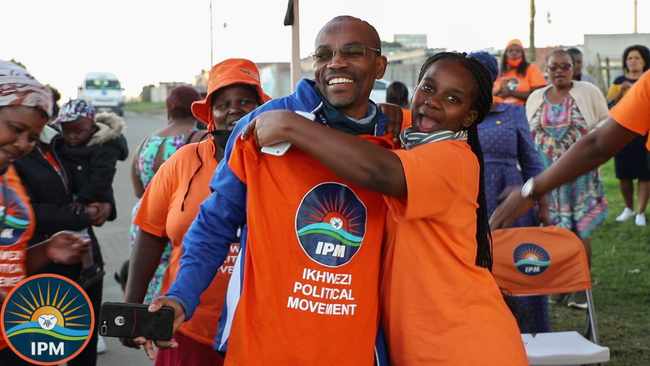 Cape Town – A political movement in the Garden Route has accused mayor Memory Booysen of deceiving them, after he allegedly made remarks that they were “desperate”, a few days after being part of their political campaign.

Nkomo said, two days after the campaign, the mayor said they were “desperate” and spreading “fake news” during a radio interview.

“IPM, on Saturday, was busy painting the streets of ward 6 orange. The turnout and positive response from the community was so overwhelmingly contagious, that even Memory Booysen, the current mayor of the Garden Route District Municipality (GRDM), visited us during our canvassing. The content and footage of the canvassing was, furthermore, captured by the GRDM mayor himself. He was then the one who happily shared it with us.

“We are specifically disappointed because mayor Booysen joined us under the banner of supporting smaller parties and smaller movements. As you know, he also started at a smaller party here in Plettenberg. However, the about-turn on a radio station, calling us desperate and alleging that we are spreading fake news, this showed us that his intention was not that of supporting and building. We are very disappointed that he deceived us,” he said.

In a statement on Monday, Booysen said “some political parties” took advantage and spread “fake news”, that he had decided to jump to other political party while canvassing for the DA.

“Over the past weekend, while I was canvassing for the DA in Plettenberg Bay, for the upcoming local government elections, I also took a moment to pose with new and long-standing political parties. I did this and will continue to do this to promote tolerance among political parties.

’’However, it is unfortunate that some political parties took advantage of this and are now spinning fake news and promoting perceptions that I’ve decided to ‘jump’ to another political party. This is misinformation that intentionally seeks to deceive community members. I remain a proponent of political tolerance in actions and words – after all, we live in a democratic country, however, I am not a leader who refuses political opposition parties,“ said Booysen.

A mayoral spokesperson said Booysen was not prepared to comment further on the matter on Wednesday.