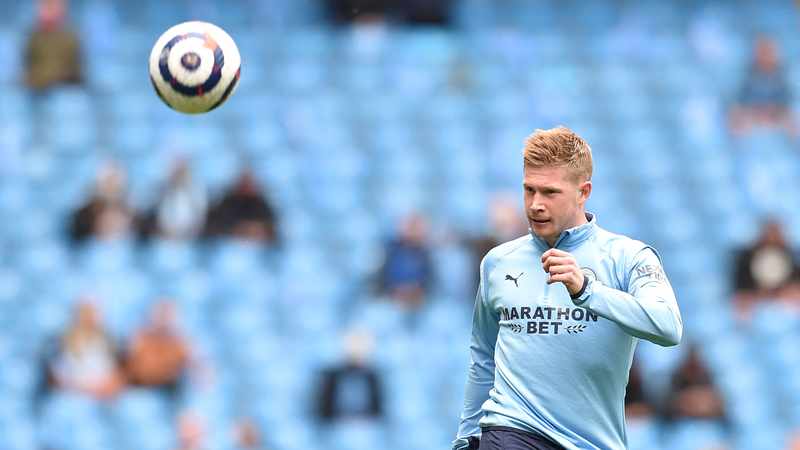 Manchester City midfielder Kevin de Bruyne was named the Professional Footballers’ Association (PFA) Player of the Year for a second consecutive season on Sunday after the Belgian led his side to the Premier League title.

De Bruyne scored six goals and provided a club-high 12 assists as City wrapped up a third league title in four seasons, while they also lifted the League Cup and reached the Champions League final.

“It’s crazy. You talk about two legends in the game – one of the best strikers ever (Henry) and one of the top two players in the world (Ronaldo), so to do the same thing as them is crazy,” De Bruyne said.

Very honoured and proud to receive this award twice in a row! 🏆 @PFA pic.twitter.com/H47FZPOLM3

“I really enjoy playing in this team. I signed a new contract knowing the playing style. I’m really happy here.

“We compete for every trophy and that suits my competitive nature. The team has been unbelievable and push me to my best level every day.”

Belgium international De Bruyne was also named in the PFA Team of the Year announced on Friday. He was the only player to retain his place from the 2019-20 team.

“I can’t believe I’ve been awarded this accolade for a third time. It feels so special to be successful from an incredible shortlist,” she said. “For me, this is one of the best awards to win as it’s chosen by my fellow professionals.”