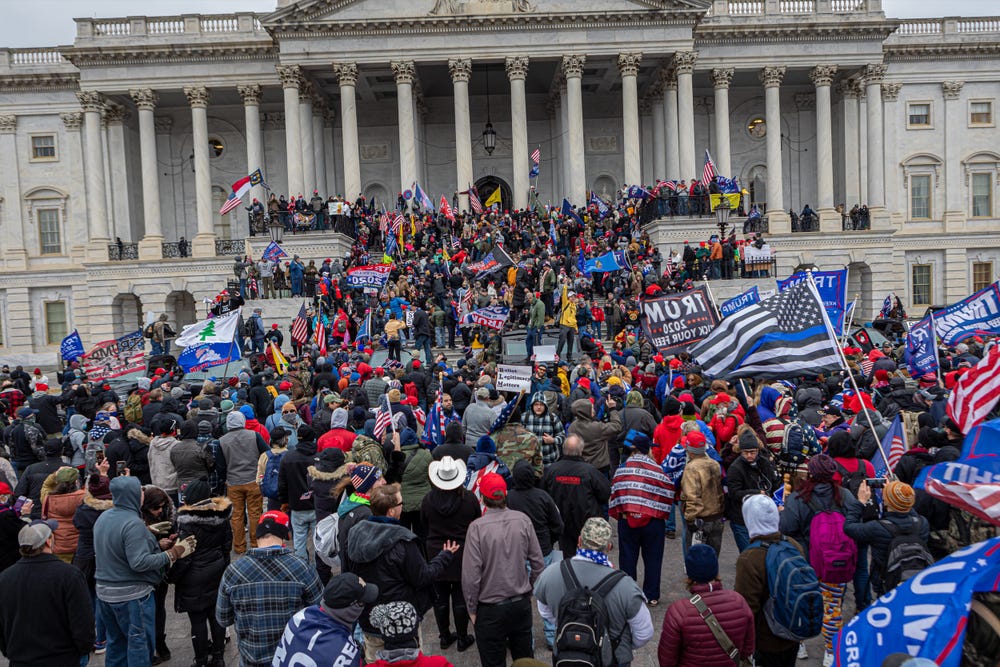 A US federal judge handed down the first sentence Wednesday against someone charged with taking part in the Capitol riot, with the defendant avoiding prison time after expressing remorse.

Anna Morgan-Lloyd had reached a guilty plea deal with prosecutors before the hearing, admitting she had illegally entered the US Capitol on January 6 as Congress was certifying Joe Biden’s November presidential election victory over Donald Trump.

“I was there to support, to show support, for President Trump peacefully, and I’m ashamed that it became a savage display of violence that day,” Morgan-Lloyd said during the videoconference hearing before a federal court in Washington Wednesday.

The 49-year-old from Indiana was among thousands of the former president’s supporters who believed his false claim that the election was stolen. Trump repeated it in front of a crowd on January 6, just before many of them overran the seat of the US legislature in a stunning, chaotic and violent scene that left five people dead.

Morgan-Lloyd said she only remained at the Capitol for some 10 minutes and did not herself commit any acts of violence.

“That was the most exciting day of my life,” she wrote of the event on Facebook.

But Morgan-Lloyd cooperated with prosecutors after her arrest. She apologized and “revisited a lot of her ideas,” according to her lawyer.

Taking her remorse into account, prosecutors recommended three years of probation for Morgan-Lloyd, on condition she completes community service requirements and pay $500 in damages.

The insurrection “was not an accident that turned violent,” he said.

Federal authorities have deployed considerable resources to identify some 800 people suspected of participating in the January assault, an attack that shocked the country and the world.

So far, about 500 participants have been tracked down and charged, with some indictments more serious than others.

Morgan-Lloyd’s sentence could indicate there might be variation in other defendants’ punishments, depending on the charges against them and their levels of cooperation.

Police brutality is real for someone who looks like me, says opera star Pretty Yende after Paris airport ordeal