Fans are loving Channel 4‘s gritty new Scandi-noir drama, Before We Die, and, as the series reaches the second half of the first season, many are wondering if more episodes are on the horizon.

MORE: This Before We Die star has a very famous dad

Star of the show, Lesley Sharp, who plays lead character, Hannah, has responded to reports of a second season, admitting that if it does go ahead, fans could be waiting a while.

The actress candidly told Radio Times that the characters would need a break before returning, due to the harrowing end of series one. “[They] all survive by the skin of their teeth so they need a bit of rest and recuperation if they’re coming back,” she told the publication.

WATCH: Have you watched new drama Before We Die on Channel 4?

“But you know, I think the thing is those questions… they’re sort of not really down to us. It’s down to whether or not the show proves to be something that people want to watch.”

Lesley continued: “You can’t second guess that. You can keep your fingers crossed because you think something’s good but there’s no knowing.”

The six-part crime thriller tells the story of Hannah Laing, a police detective who is determined to find the culprit who murdered lover Sean in a shocking attack. 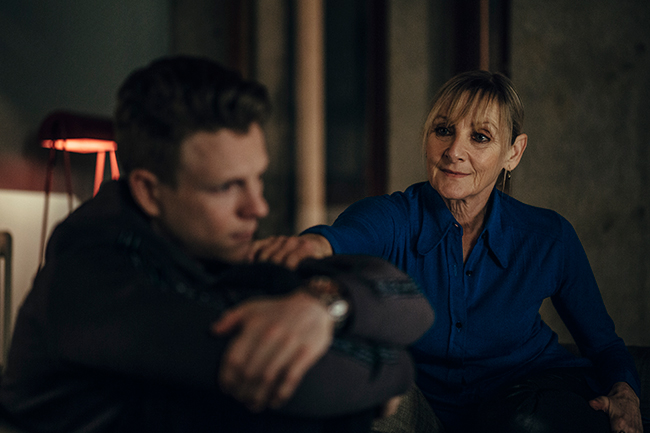 Lesley Sharp as Hannah in Before We Die

Starring alongside Lesley is Patrick Gibson who plays Christian Radic, while Petar Cvirn takes on the role of Stefan. Also in the cast is budding star Issy Knopfler, whose father is Dire Straits frontman Mark Knopfler.

The synopsis for Before We Die reads: “When Detective Inspector Hannah Laing kisses her married lover Sean Hardacre goodbye one morning, she never imagines it will be the last time she will see her fellow detective alive. But Sean goes missing and his brutalised corpse is recovered the following day.”

After discovering links to a powerful family of drug-mules, Hannah, along with her new partner, soon discover there’s “far more at stake” than just bringing Sean’s murderer to justice.