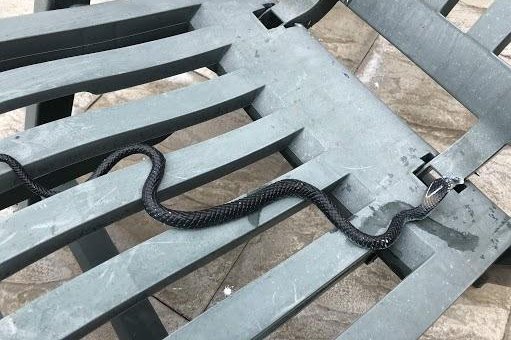 June 24 (UPI) — Police in Britain called animal rescuers for assistance capturing a “king cobra” in a resident’s garden that turned out to be a plastic toy snake.

The RSPCA said a resident of Workington, England, spotted what she believed to be a venomous snake on a chair in a neighbor’s garden and called her son, who contacted Cumbria Police.

Police called the RSPCA for assistance and Inspector Martyn Fletcher responded to the scene.

“As the woman thought the snake had moved, the police took it seriously and called us,” Fletcher said in an RSPCA news release. “It’s really important in these situations to confine the animal as safely as possible, particularly if it’s suspected that the snake may be venomous.”

Fletcher said he quickly discovered “this king cobra was the plastic kind.” He said the investigation was brief.

“It appears that the toy had come from children in a neighboring garden — so the snake has now been returned to its home,” he said.

“I knew King Cobra snakes were deadly snakes, but afterwards I found out their venom is strong enough to kill 20 men — maybe it was a good job I didn’t know that fact before I went!”