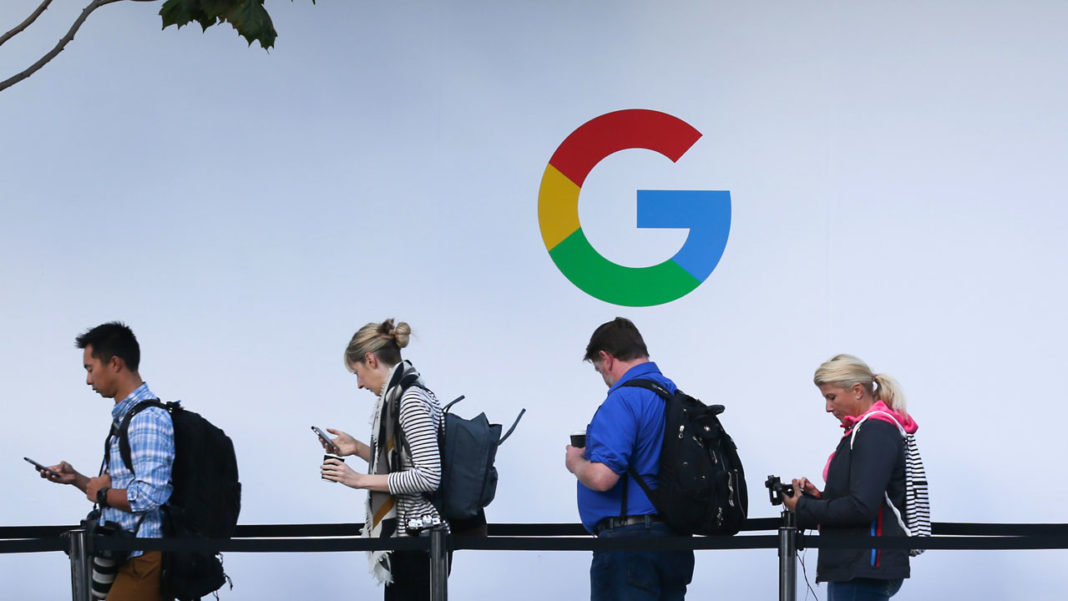 (FILES) In this file photo taken on October 04, 2017, attendees wait in line to enter a Google product launch event at the SFJAZZ Center in San Francisco, California. – Google said it will temporarily stop running political ads starting on January 14, 2021, due to the risk of promoting more violence like the deadly attack on the US Capitol building. (Photo by Elijah Nouvelage / AFP)

Google on Tuesday unveiled a platform that lets its workers calculate pay and benefits for remote work, and how this would change if they move to a cheaper – or more expensive – city.

With the company’s new hybrid workplace, “more employees are considering where they live and how they work,” a Google spokesperson said in response to an AFP inquiry.

The new Work Location Tool will show workers how their compensation will be adjusted depending on their location since pay is based on costs of living in places and tuned to local job markets.

Google, which employs some 140,000 people worldwide, expects that in the post-pandemic work model 60 percent of its employees will meet in offices just a few days a week, and 20 percent of its workers will be in new office locations.

The remaining 20 percent of “Googlers” are expected to work from home, according to the spokesperson.

Google chief executive Sundar Pichai has spoken of a need for flexibility regarding remote work and changes of location as tech companies reopen campuses abandoned during the pandemic.

IPAC can’t be a statutory body