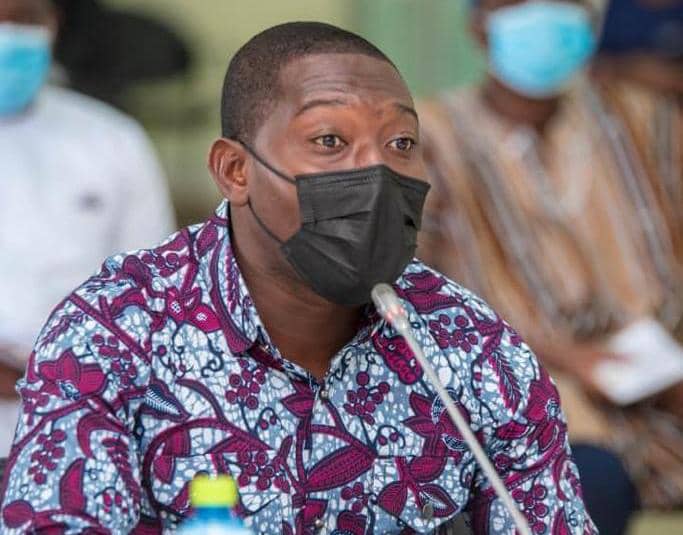 Ghana’s vision for industrialisation is on course and yielding very positive results for both current and future generations.

This is the observation of Mr. Herbet Krapa, a Deputy Minister designate for Trade and Industry when he was vetted by Parliament recently.

The legal practitioner who also has expertise in development finance asserted that, “a critical assessment shows that the 10-Point Industrial Transformational Agenda of the Nana Addo led government, which is being spearheaded by the venerable Hon Alan Kyerematen is coming together” and creating opportunities for job creation and value addition.

To this end, he urged all stakeholders to diligently deliver on their roles, duties and responsibilities to ensure the full objective of the government’s industrialisation vision is manifested.

He said the One District One Factory programme for instance, had so far birthed 232 factories, out of which 76 were fully running, 107 at different stages of construction and about 49 approved to commence. The 76 alone have employed 140,000 people directly and indirectly.

According to the nominee, under the National Industrial Revitalisation Programme, substantial support has been given to viable but economically distressed companies to help them continue production.

Small and Medium Enterprises  (SMEs) have also received support to help them increase production, employ more staff and improve on the quality of their products and services.

The make further impact,  NBSSI has been transformed into the Ghana Enterprise Agency so that SMEs who contribute about 70 percent to Ghana’s GDP will be given more support and attention to grow, generate more revenue and employ more people.

Touching on Strategic Anchor Industries, the Deputy Minister Designate explained that this  pillar is intended to diversify the export base of the economy beyond the traditional industries.

It is for this reason that the government is working on creating Industrial parks in each of the sixteen (16) regions in the country to boost industrialisation. Innaddition to this; is the creation of the Special Economic Zones for non traditional industries like Agro processing, Pharmaceutical, Integrated Aluminium, Iron and Steel Industry as well as Auto mobile and Vehicle Assembly.

Others are Textiles, Garments and Apparel sector, Industrial Salt, Petrochemicals, Manufacturing of Machines and Machinery Components as well as Industrial Starch and Oil Palm Industry.

Mr. Krapa believes that these inroads have contributed to the gains that are being made in terms of the industrialisation vision of the President and the government adding that “industrialisation may not happen overnight but the building blocks are being put in place to ensure the vision sees the light of day.”

He commended the Minister, Hon Alan Kyerematen, and the staff of the Ministry for the work done towards industrialising the country and pledged to assist the Minister to achieve the “revolutionary vision of the government.”