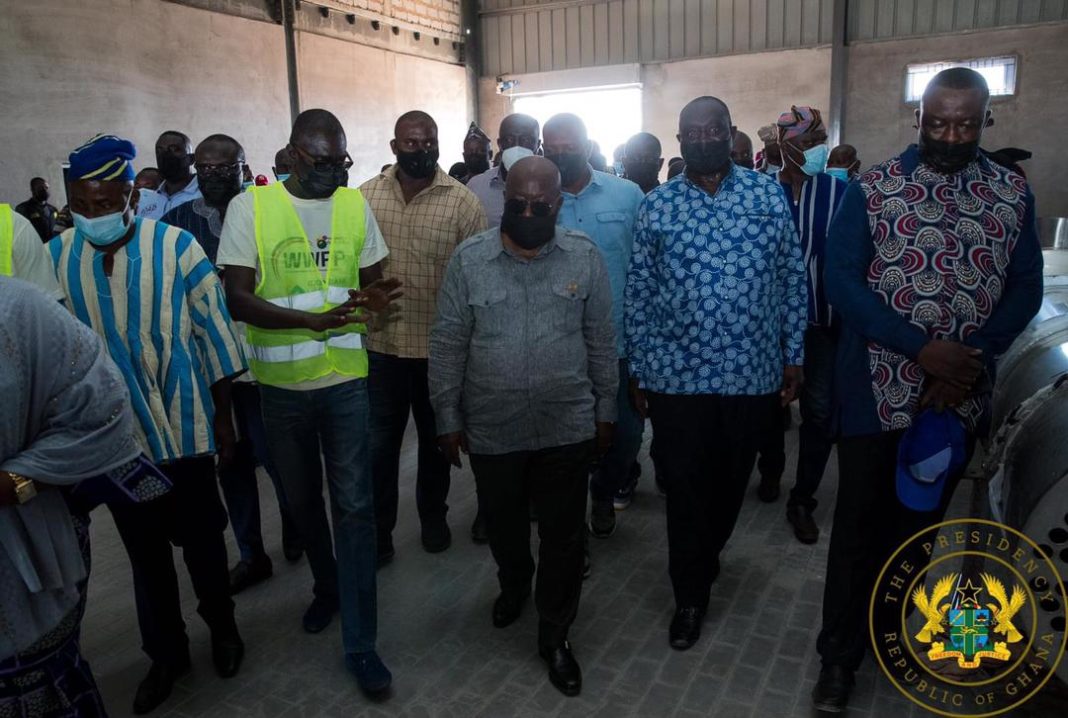 President Akufo-Addo at the Watermelon factory at Walewale

President Akufo-Addo has inspected ongoing works on the construction of a GH¢36 million watermelon juice factory at Walewale in the North East region.

The construction of the watermelon factory is estimated to cost Gh¢36m which is being funded by the Exim Bank, is part of President Akufo-Addo’s efforts to reduce the phenomenon of rural-urban migration, and revitalize the nation’s industrial base.

In 2019, Vice President, Dr Mahamudu Bawumia, cut sod for work to begin on the construction of a Watermelon Processing Factory at Walewale in the North East Region, as part of the government’s industrialization agenda of ‘One District, One Factory.’

The factory is expected to reduce the yearly ritual of huge post-harvest losses in the watermelon growing enclave of Walewale and its surrounding towns and villages, and help improve the lives of the citizens. The factory is estimated to employ between 300 and 400 people and provide a ready market season after season for between 2000 to 3000 peasant farmers.

President Akufo-Addo also inspected ongoing work on the construction of a rice processing factory in Nasia, all operating under the 1-District-1-Factory during his tour of the North East region.