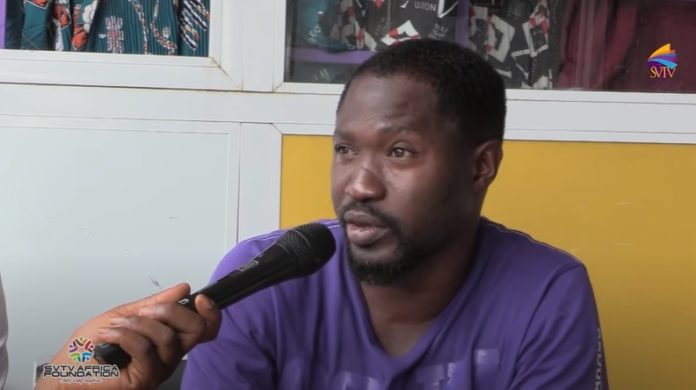 Barber, John Mensah Sarbah has revealed why and what he had to do for money rituals (Sikaduro) to impress his older girlfriend.

In an exclusive with DJ Nyaami on SVTV Africa, John indicated that he worked with the lady who eventually became his girlfriend. As the relationship grew, he thought of marrying her but instead, he was hit with a statement.

“She told me that I had no money so she can’t introduce me to his parents. To impress her, I decided to go for the money ritual. The mallam told me bring 5000 cedis, a white sheep and he asked me to eat a full chicken without chewing,” he revealed.

According to him, he had no money for the ritual hence his decision to scam people.

“I scammed with military recruitment protocol. They paid and I gave it to the mallam but it didn’t work. He later told me my spirit does not like money so it won’t work,” John added.

He added that he has not been able to pay back those he cheated. John hopes to pay back in due time.