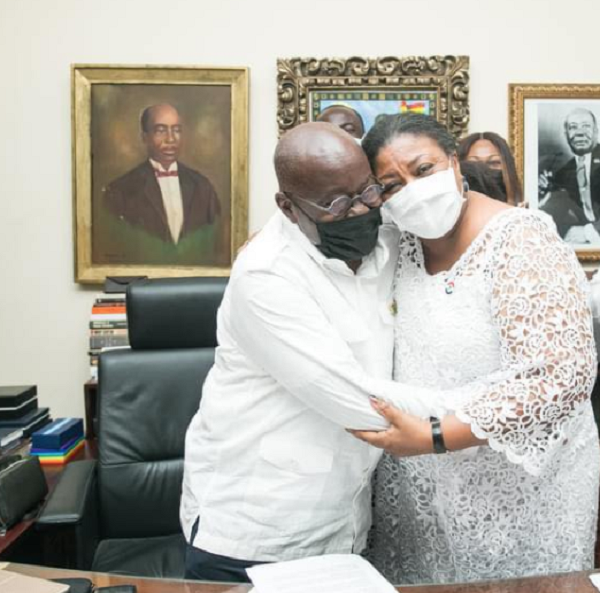 She took to social media Sunday to praise her husband on father’s day and expressed how proud she was that Nana Akufo-Addo was working to make things work in the country.

“Over the last four years having watched and prayed for my husband as father of the nation, I have had a close view of the sleepless nights, the countless overstretches and the physical strain to make this country work,” she stated in his article.

Madam Akufo-Addo added, “President Akufo-Addo remains a father we all would be proud of.”

But the above message which was part of her goodwill message to the president has infuriated most Ghanaians who believe the nation is not on the right track, owning to the fact the cost of living is high in the country.

The first lady’s message coincided with an increment in fuel prices across the country– the more reason some Ghanaians descended on her.

Some asked if she was really in Ghana while others criticised Nana Addo Dankwa Akufo-Addo for sleeping in public.

Below are some of the responses to the first lady’s father’s day message to her husband: