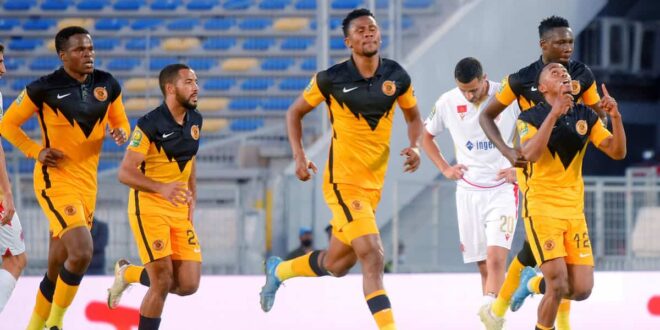 Kaizer Chiefs had a 1-0 victory over Wydad Club Athletic

Samir Nurkovic’s first-half goal handed Kaizer Chiefs a 1-0 victory over Wydad Club Athletic in Casablanca on Saturday night as the South African giants stunned their hosts in the first leg of the TotalEnergies CAF Champions League.

Nurkovic had the goal while goalkeeper Bruce Mvuma made save after save to ensure that even with only 20pc of the possession, Amakhosi earned the advantage ahead of the second leg in Johannesburg next weekend.

The Serbian attacker swept the ball home in the 33rd minute when he connected home from a Njabulo Blom cross on the right. The goal was given after a successful VAR check that overturned an initial decision for an offside.

Before that, Chiefs hadn’t created much and it was the home side that had the most of the chances. In the 27th minute, skipper Walid El Karti headed over from an Ayoub El Amloud cross.

On the half-hour mark, Bvuma made a brilliant save to deny Muaid Ellafi’s well-angled header off another good delivery from the right delivered by Ayoub El Hassouni.

In the second half, Wydad pushed Chiefs into their own half, forcing them to defend deep inside their own box. However, they could not crack the tight defense line.

El Karti and Ayoub El Kaabi both had good chances to score, but none could beat Bvuma on the night.