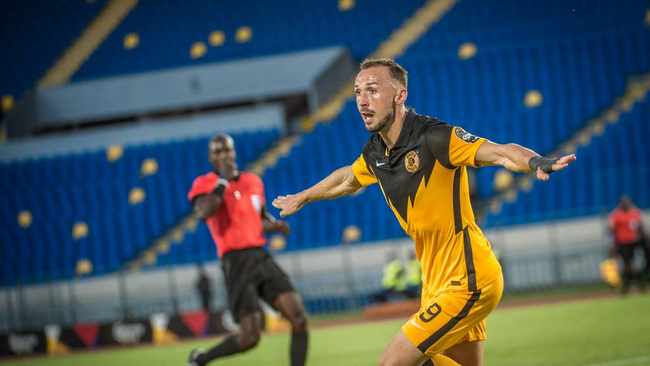 Wydad, the 2017 winners, ended the match with a massive 80% possession advantage and an overwhelming 26-1 shots count.

Wydad made all the running straight after the kick-off and enjoyed an overwhelming share of possession.

They managed to take play up to the opposition penalty area several times in the first half but failed to exploit the goalscoring chances that came their way. Wydad’s parting shots were mostly wayward, but Chiefs’ defence also worked hard to ensure they did not have much time on the ball in the striking zone.

Just past the half-hour mark, the visiting Chiefs scoring the opening goal against the run of play. Chiefs staged a break-out from deep inside their half, and midfielder Njabulo Blom was sent clear down the left flank.

After Blom raced clear of the chasing defence, he reeled in a goalmouth cross which the Serbian-born striker Samir Nurković met on edge of the Wydad penalty area. With a deft first-time touch, he steered it into the goals past goalkeeper Yanis Hénin.

The linesman flagged Nurković offside but after checking play on the Video Assistant Referee (VAR) the goal was allowed.

In the second half, Wydad again enjoyed a glut of possession. However, Chiefs were content to soak up the pressure and protect their slender 1-0 lead. Chiefs’ central defence was particularly effective and checked several threatening sorties around the fringes of the penalty area.

Next week Chiefs will host the Moroccans in the second leg at the FNB Stadium, Johannesburg.