Third principal to be murdered in area, says concerned Lesufi 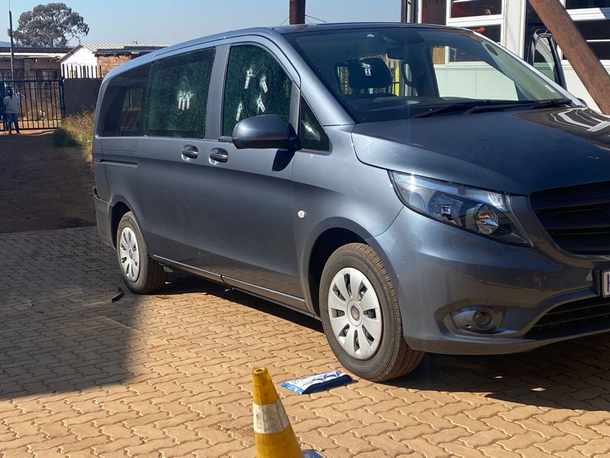 Johannesburg – Gauteng Education MEC Panyaza Lesufi has implored the police to hunt down those who were responsible for orchestrating a hit on a school principal who was shot dead at a Finetown primary school on Friday morning.

The principal, Principal Lazarous Baloyi, was shot dead in the school’s driveway and was found in his idling Mercedes Benz when police arrived at the scene around 7am on Friday.

Speaking to the media on Friday, Lesufi said Baloyi was the third school principal to be executed in the area in just three months.

Lesufi viewed camera footage of the incident and believes there was a hit on the principal’s life.

“This is the third case in this area alone where our principals are targeted and killed. I had an opportunity to go through the footage, and it is extremely difficult to witness such barbaric acts happening in our school environment.

“From the video footage, it is quite clear that this was a hit,” he said.

“We want to condemn that and implore the police to investigate, there are some people behind this, we want to know who are these people are,” he said.

Lesufi also revealed that he had received a complaint earlier this year about the principal, with the complainants questioning the murdered principal’s qualifications, management issues and other challenges at the school.

“I must confirm that around March, I received an email from concerned people raising challenges about the school, qualifications and management of issues at the school.

“The district intervened with those that raised concerns.

“In the last three months, we thought everything had been sorted out until we got this news. We will hand over that information to the police so we can understand what is the cause of this barbaric act,” said Lesufi.

“We hope the law enforcement agencies to assist us because we cannot allow our schools to become killing fields,” he said.

“The police were called at about 7am at one of the primary schools in Ennerdale, Finetown.

“On arrival, they found a Mercedes Benz idling and on the driver’s side there was a man who was shot several times.

“It was later discovered that the man was the school principal who was shot while entering the school,” he said.

Police said the killers were still at large and the motive for the principal’s assassination remained unknown.

The Gauteng Department of Education said it would provide counselling and psycho-social support to the pupils, teachers and family of the deceased.