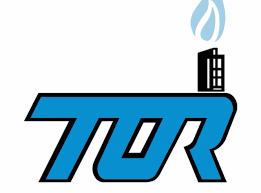 The Executive Secretary of the Chamber of Petroleum Consumers (COPEC), Duncan Amoah has charged the Ministry of Energy to outline Key Performance Indicators for the next Managing Director to be appointed to steer the affairs of the struggling Tema Oil Refinery (TOR).

The Minister Dr. Mathew Opoku Prempeh on Tuesday, June 15, 2021, inaugurated a 3-member Interim Management Committee, charging them to among other things, ensure the smooth transfer from the outgone Directors, undertake technical and human resource audits as well as receiving and assessing viable partnerships for TOR, if any, for a period of at least 3 months.

Commenting on the development, Duncan Amoah said he believes the problems of TOR will continue if certain things such as political interference and ineffective investments are not addressed.

“Once you start putting the right persons in place, you’ve solved one of the 3 key challenges needed to be dealt with for TOR to be turned around. You need a sound and competent management in place, you also need to detach the overbearing politicking or political interference that happens with the refinery and the third one, get the right investments to upgrade their tools and equipment.”

“We would be hoping that the new managers will be coming in with a certain performance agreement with their appointers knowing strongly what their timelines are in the first 3 months, 6 months, a year etc,” he added.

The Chairman of the 3-member IMC is Mr. Nobert Cormla-Djamposu Anku.

The other members are Mr. William Ntim Boadu and Mr. Okyere Baffuor Sarpong.

Speaking after the swearing-in at the refinery, Dr. Opoku Prempeh noted that the IMC was key at this time.

“In order to give the President the time to reconstitute the board, which will come very soon, and probably install a new management there is the need for an IMC to be put in place for at least a period of 3 months. We hope they will be able to gather as much information as possible about TOR and on TOR all in furtherance of making it a viable functional entity going forward.”

The Minister also noted that TOR and its crippling debts, infrastructural issues and equipment have been well noted, and that since the 4th Republic every President has thought about value addition to our natural resources.

TOR MD & Deputy MD fired after a year in office

Francis Boateng, the recently fired Managing Director (MD) of the Tema Oil Refinery (TOR), and his deputy, Mr. Ato Morrison, are said to have been served their letters of dismissal on Friday, June 11, 2021.

The two gentlemen had been overseeing the affairs of TOR since May 2020. Their dismissal comes barely a month after management of the embattled company denied allegations that it was on the verge of collapsing.