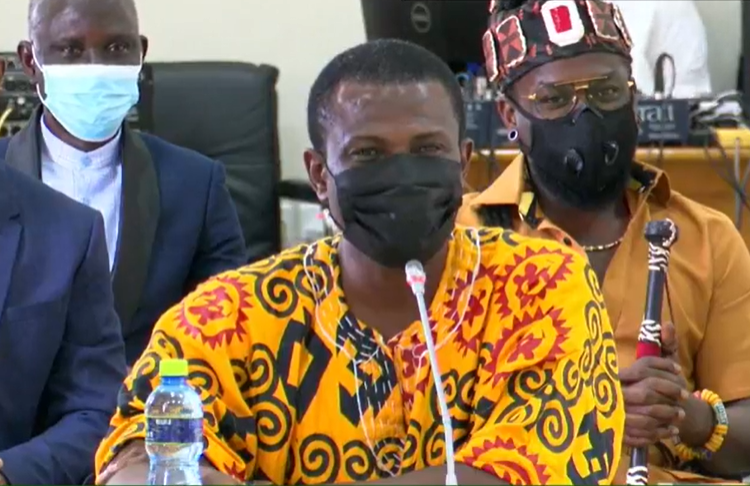 • Okraku-Mantey was vetted on June 15

• He was accompanied by Samini, James, Ebo Whyte, among others

• Okraku-Mantey’s vetting lasted for over an hour

Said to be one who has the support of the industry, Mark Okraku-Mantey was on June 15 accompanied by some high-profile showbiz personalities as he appeared before the Appointment Committee of Parliament to be vetted following his nomination as Deputy Minister-Designate for Tourism, Arts & Culture.

The vetting which lasted for an hour and twenty minutes saw the nominee answer questions from the committee chaired by Joseph Osei Owusu.

Among others, he reiterated his contribution to Highlife music and disagreed with the assertion that the genre is lost in Ghana’s industry. He said he has always been around to build brands that projected the genre.

“We have done some in the past. I’ve also been part of Mentor as a judge which discovered talents, occasionally, I’m on MTN Hitmaker that discovered Kuami Eugene and KiDi,” he said.

“We still enjoy Highlife, we are still producing highlife but it is in a different form for the youth of today. It will be difficult for highlife to die, because most of the music we listen to today, even the dancehall, or other genre of music, they all have the rudiments of highlife.”

Wollacott will excel with Black Stars