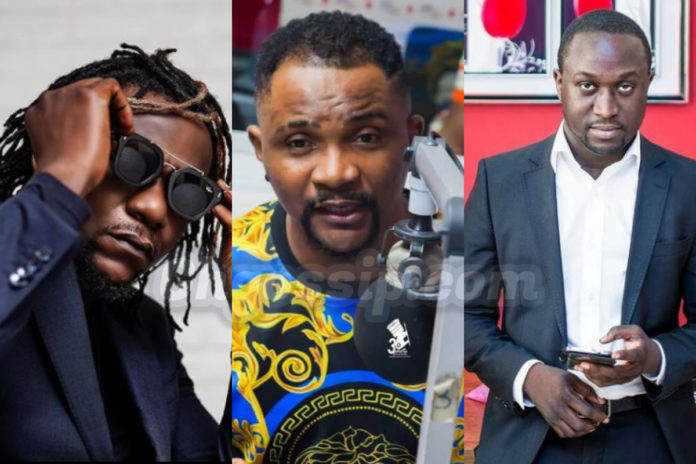 Ottomi Patrick Akhere, popularly known as Oduma Essan is saying that the self-acclaimed “Rockstar” sampled from his song “Show body” in his song, stealing the elements of his single which he released last year.

He has taken Kuami Eugene to the Accra High Court, seeking GHC120,000 as damages for the cost of the song’s and music video’s creation.

Recall in an interview on Adom TV, Oduma lambasted the CEO of Lynx Entertainment, Richie Mensah for saying that the two songs have no similarities, thus the move to sue his artiste was unnecessary.

Oduma also said that Ruchie Mensah has no right to make claims that there are no similarities between his song and that of Kuami Eugene because he is not a judge.

Reacting to the ongoing brouhaha, Mr. Logic has also stated that he sees no similarities between the two songs.

According to him, the fact that the two songs have the same title and lyrics doesn’t mean they sound the same.

He averred that the management of Lynx Entertainment also have to sue Oduma Essan for defamation, urging that the court pays no attention to such matters.

However, Oduma Essan has revealed that they are to appear before the court after 21 days.