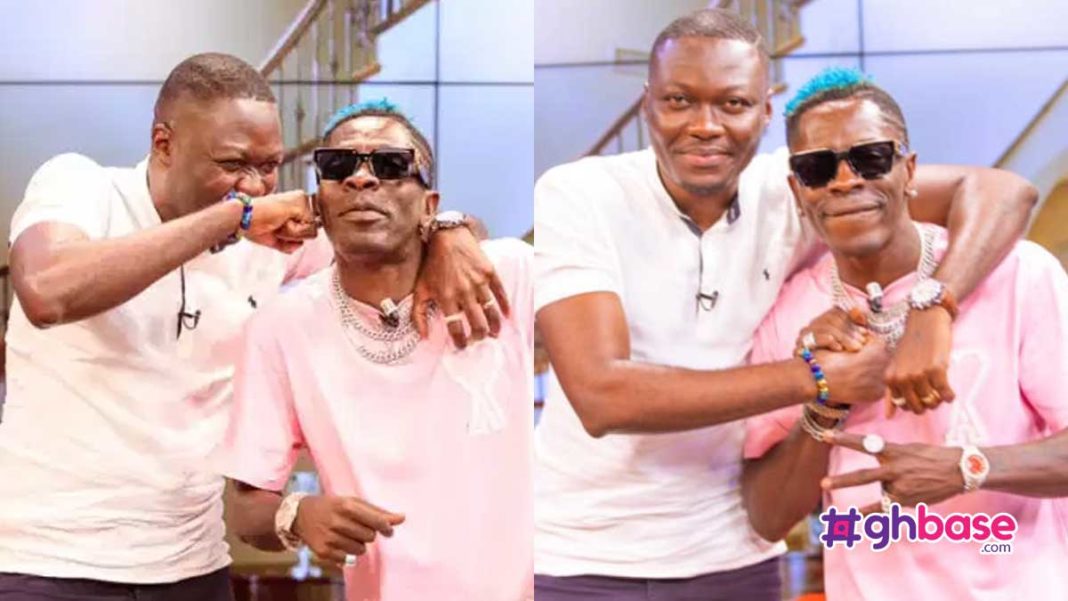 The never-ending topic on social media is the clash that happened between Ghanaian dancehall artiste, Shatta Wale and Arnold Asamoah Baidoo on June 12, 2021, in the studios of UTV during the United program hosted by Nana Ama McBrown.

Shatta Wale in the studios fumed at Arnold over earlier comments he made regarding his ego, actions and choice of words on the back of the unfortunate incident that happened between the singer and the contractor some weeks ago.

As to the best knowledge of Arnold, Shatta Wale’s career could have taken a better turn if he has remained more focused and consistent with his works.

Consequently, Shatta Wale found the words offensive and rebutted sharply by asking Arnold to show his house after working for 30 years. He threw tantrums and described Arnold’s shoe as cheap.

Well, it has been proven that Arnold is not as broke as Shatt described him. He has since become the man for the people concerning the calm attitude he displayed in reaction to Shatta Wale’s threats.

Whiles, he’s been hailed, Arnold in an interview with GhBse Tv hs stated that though he’s been in the industry for some time now working as a pundit for Peace FM’s Entertainment Review show, UTV’s United has propelled his name to a higher height.