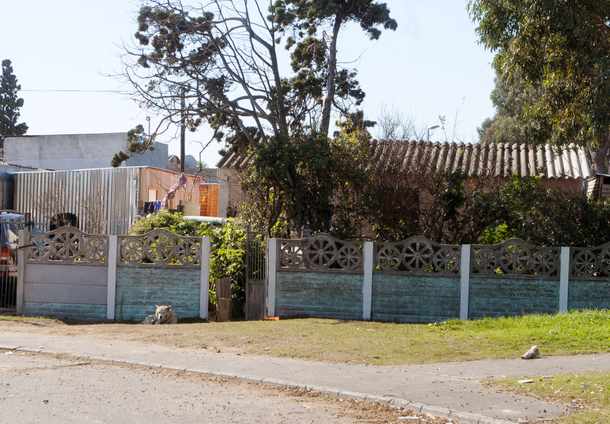 Cape Town – A local church led by an American pastor is embroiled in controversy and allegations of money being spent to sustain his lavish lifestyle.

Joseph Stanford, who is referred to as “Apostle”, has been the pastor of the Ambassadors For Christ World Outreach Ministries in Elsies River for 20 years.

Now disgruntled members of the congregation have raised concerns about how money from church coffers has been spent, including how the pastor was able to afford a luxury 10-bedroom house with seven bathrooms, a jacuzzi and a swimming pool in Bellville.

The group said they tried to convene a special general meeting to register a vote of no confidence in the church leadership but they were shut down. They have now approached the South African Human Rights Commission for assistance.

Spokesperson for the aggrieved group, George Joseph, said the church had been rocked by challenges for quite a while and attempts to resolve the issues has fallen on deaf ears.

“We decided to approach mediators to have everyone sit around the table and resolve the issues which are hurting the church. However, the other group that’s still loyal to the leadership refused to do so and barred other church members from entering the church building,” he said.

Joseph alleged that Stanford purchased assets including a luxury house, a 28ha size farm in Atlantis and also set up other businesses including a wi-fi installation service.

The South African Human Rights Commission (SAHRC) confirmed that it was called in for mediation.

SAHRC’s commissioner Chris Nissen said the situation at the church was “volatile” and the one group was “aggressive”.

“When we arrived there, the police were patrolling the grounds. After listening to the groups, we have now referred some of the allegations to the Commission for Cultural, Religious and Linguistics Rights Commission for investigation as these fall under their jurisdiction.

“We have also advised them to refer the economic issues to the relevant bodies such as the Serious Economic Crimes Unit.

“The stories were heart-rending. They built the church but were now locked out. But we still believe that the matter needs mediation and we are willing to play our part,” Nissen said.

Joseph said the church was not affiliated to any structure or religious body in South Africa.

The church had a brush with authorities a few years ago when children who were supposed to be at school were seen selling cookies to raise funds for the church.

“The cookie business is a huge money-generating business for the church. We sell them across the country to places as far as Nelspruit and Richards Bay and Port Elizabeth. A lot of people made sacrifices for the business,” Joseph said.

He added that others, including his wife, made “love offerings” to the church, donating huge amounts.

“When my wife left her job she donated part of the pension payout, about R100 000 to the church. Others have donated about R45 000, take out loans or sell their assets to contribute to the church. The church prospered while ordinary members did not,” Joseph alleged.

Joseph said he was being victimised because he raised concerns and was now facing eviction from a church property where he’s lived for many years.

He said the church had also laid counter-accusations against himself, accusing him of stealing money.

Joseph said his house’s water and electricity supply were cut after the church failed to pay the bills from February last year.

“The finances of the church are handled from the church’s headquarters in Chicago. No one is allowed to make any decision here. The leader runs it in an autocratic manner. And these are the issues we wanted to address but they would not let us,” alleged Joseph.

He also claimed that congregants including himself worked on renovating Stanford’s house but received no remuneration.

However, Stanford has rejected the allegations against him and the church as “lies”. He accused Joseph of abandoning his responsibilities in the church about six months ago and was therefore no longer regarded as a member anymore.

“I bought the house 19 years ago. The church did not pay a dime. A couple from the church gave a down payment of R300 000 for the purchase of the farm,” Stanford said.

He added the meeting which Joseph called was “illegal” as he had no authority to do so.

Stanford said: “George (Joseph) stole from us, abandoned his responsibilities and wanted to extort money from us. He is now bitter.”

However, no criminal case had been opened against Joseph although Stanford said he was now seeking legal advice to “stop him from spreading lies”.

He said the church’s electricity and water bills remained unpaid as Covid-19 had had an impact on finances.

Soon after the church was established about 20 years ago, it also attracted already existing ministries.

The leader of Green Pastures Restoration Ministry, Andrew May and his congregation joined Stanford’s ministry around 2008 after his own ministry was faced with a challenge.

“We were looking for spiritual guidance and I was introduced to Stanford. We were a vibrant church at the time and my wife ran an educare centre. But immediately after joining the church we were instructed to close down everything. We lost power to make any decisions,” May said.

He said at the time he had at least 250 congregants but when he tried to to leave Stanford’s leadership in 2012, only 26 congregants followed.

“We came back to a building that was broken with piling bills. But we are slowly rebuilding the ministry and it is doing well,” May said.

Stanford countered the claim and said: “I’ve had more hell from preachers than sinners on the streets. I am here because God sent me.”

He added that it would take more than a “small group of people” to run him out of South Africa.

A member of the church, Samantha May, supported Stanford and accused the “aggrieved group” of not having been able to make use of “the word and counselling” that a man of God provided.

Stanford said he was unwilling to be part of any mediation process called by Joseph.

“How can we sit down with the group except in a court of law?” he asked.

Fame in Ghana is nice but the money is small