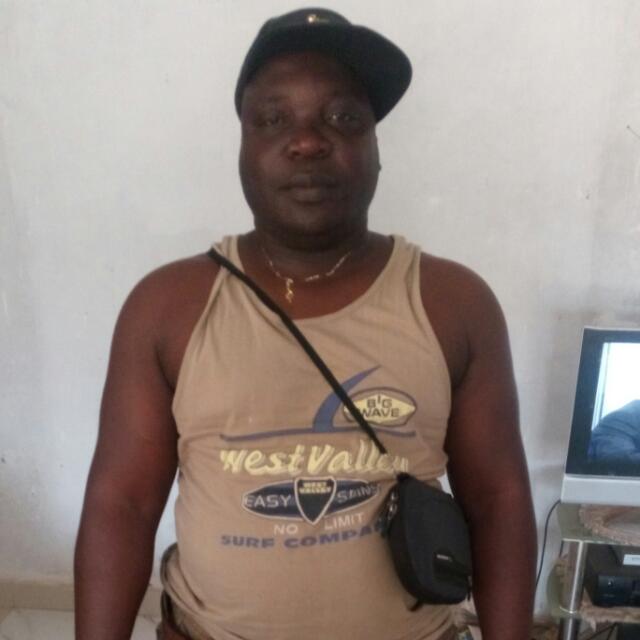 The Ga West Municipal Police Commander, Peter Ayirezang and his men yesterday, Thursday, June 10 met the elders of Ayikai Doblo Royal Family over the latter’s petition to the Regional Police Command to address land guards activities and rising insecurity in their community.

Following an earlier meeting the Regional Commander DCOP Afriyie had with the elders on Tuesday in Accra on the same subject, the Divisional Police Commander invited them to discuss the petition and assured the elders from the three royal families that constitute the Kingmakers of Ayikai that the police shall do everything within their strength to provide them and their people the needed security.

The elders who represented Kwe Fio We, Doblo We and Okaine Mensah We said that this was not the first time such land guards activities and shooting are taking place in their community which, the police are aware of and blamed Amo Dodoo popularly called Nii Azonto or TJ as the masterminder of such nefarious actions.

According to them, the latest disturbances are pre-events of TJ’s planned efforts to install and impose himself as chief over them and their people which, they shall never allow.

Alhaji Ibrahim Adjah, head of Kwe Fio We who represented his family explained that Akunmanjeng Chief has no legal and constitutional right whatsoever to determine for Ayikai Doblo Royal Family Kingmakers who should be their chief or land caretaker after the death of their chief Nii Doblo Ayikai.

According to him, Akunmanjeng Chief is not the one who installed Nii Doblo Ayikai in 1985, “We, the three royal families and Kingmakers installed him and we are the only legitimate kingmakers who have the right to determine the new chief or caretaker of our lands. And, indeed, the elders of the three royal families are the legitimate caretakers until the families select a new chief.”

He said, “in any case, even if TJ would be a land caretaker or chief, it’s we the elders of Kwe Fio We who have to nominate and present him to other brothers and sisters of Doblo We and Okaine Mensah We for their approval or endorsement. And, we have not done that. What he is doing now even disqualifies him the more.”

“Moreover, there is a court judgement that renders whatever power of attorney TJ is carrying about legally ineffective so let nobody be deceived by that,” the elders emphasized.

ACP Peter Ayirezang, however, raised concern that even though the elders sent the police a petition about happenings in their community, they did not do formally complain to the police, hence, technically they were not informed and advised the elders to always do formal complaints as soon as such issues come up before they petition the petition when actions are not taken.

He also advised the family to go to court to address the civil aspect of the case since it involves a chieftaincy issue.

The elders also raised concerns about the state of a criminal case against TJ concerning the murder of Sulley Amartey how that case is being handled by the Police but the Crime Officer present at the meeting responded that since he assumed his role he has taken TJ to court on two occasions.

Unfortunately, the family, a party in the case, is clearly not aware of that. They thus pleaded with the police to be more transparent with the prosecution of that criminal case.

While the police take care of the security issues, the elders are pursuing a civil case against the self-installation of TJ as Ayikai Doblo chief.