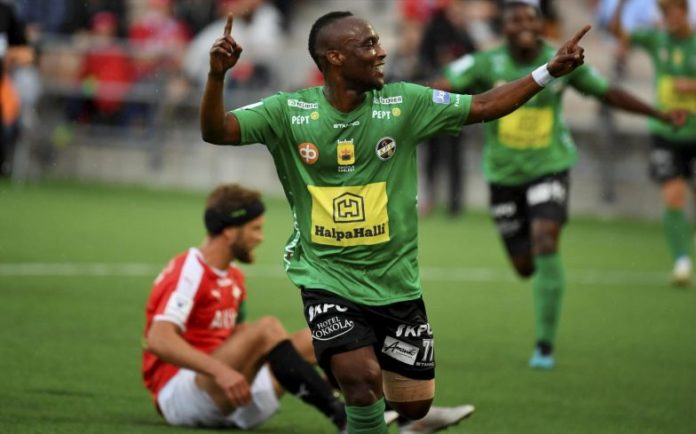 Ghanaian forward Ishmael Yartey climbed off the bench to score his debut goal for FC Haka in the 2-1 loss against HJK Helsinki in the Finnish Championship on Thursday.

HJK – who were playing away from their favourite Bolt Arena – fetched the opener through David Browne in the 53rd minute.

The visitors extended their advantage via Luis Henrique in the 61st minute.

Yartey climbed off the bench to snatch the consolation goal for FC Haka on 72nd minute of the game.

His goal wasn’t enough to secure a point for the home side as their struggles in the Finnish Veikkausliiga continue, with only two victories recorded so far this season.

The 31-year-old joined the nine-time Finnish Veikkausliiga champions on a year deal after ending his stay with Saudi Arabian second-tier club Hetten FC.