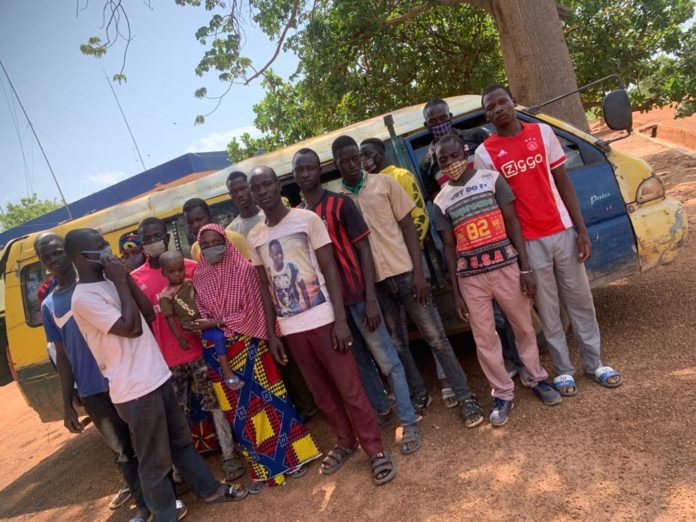 The Ghana Immigration Service (GIS) has intercepted 26 nationals of Burkina Faso who entered Ghana through unapproved routes in the Upper West Region.

Nineteen of the irregular migrants were apprehended at Gwollu in the Sissala West District at about 1218 hours on Wednesday, June 9, 2021, while seven others were arrested at Nandom in the Nandom Municipality at about 1444 hours on the same day in separate operations.

A statement issued in Wa and signed by Assistant Inspector Ibn Yussif Duranah Abdul-Mumin Seidu, the Upper West Regional Public Relations Officer (PRO) for the GIS, and copied the Ghana News Agency, said the irregular migrants entered the country to engage in economic activities, including farming.

The 19 migrants apprehended at Gwollu comprised of 13 males and six females between the ages of eight and 58 years, travelling to Wa on a Hyundai bus with registration number GS-4763-12.

The seven other migrants, who were busted at Nandom, also accessed the country through unapproved routes on the Hamile stretch bordering Burkina Faso.

“They were fished out of Ghanaian passengers on-board a Metro Mass Transit bus en route to Sunyani,” the statement indicated.

The statement added that the irregular migrants were screened and repatriated.

It urged the public to assist the GIS and the Border Security agencies “to clamp down on irregular, undocumented or prohibited migration to and from Ghana.”

It also reminded the public of the Presidential directive on land borders closure, saying “anyone who is caught facilitating the activities of irregular migration would suffer the consequences.”

I Am Praying For Nigeria – Actress Yvonne Jegede

William Ruto to contest as president in Kenya’s 2022 elections