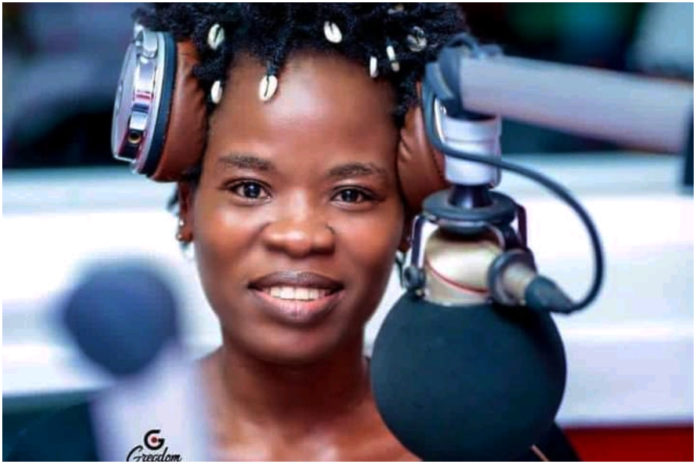 Ohemaa Woyeje has disclosed how she found herself in the media job although she did not plan for it. Ohemaa Woyeje talked about how she started doing radio in 2003at Nkosuo radio in Kumasi. She stated that she started as a sales executive and a voice-over artist at the radio station.

READ ALSO: I Want To Have 6 Kids – Donzy Discloses

In an interview with Foster Romanus on E.TV Ghana’s late nite celebrity show, she disclosed that she loved doing music when she still in school. She also disclosed how she chose music over her studies in school.

“I love music while in school. I’m that person who would be learning lyrics to go and perform during entertainment and fun events while my friends would be reading their books”, she said.

Ohemaa further stated that her senior brother gave her the opportunity to do radio because he sponsored her to school and grabbed the radio job when the opportunity came.

“The first radio station I worked with gave me an appointment letter so I started officially as an employed staff. It was smooth and did not experience and back and forth with them”. According to her, the only radio station she had issues with was Sky FM.

READ ALSO: “I Don’t Need To Be Married Before Hosting A Talk Show On Love & Sex” – Mzbel

“They had a little challenge with me but apart from them, ever since i came to Accra, every station i worked with employed me on full time basis. I didn’t have to apply for work to any radio station they themselves approched me to work for them” she said.

NYC Psychiatrist Says ‘Psychopathic’ Whites Steal Everything, She Fantasizes About Killing Them

Ram on the lam after escape from New Zealand animal shelter