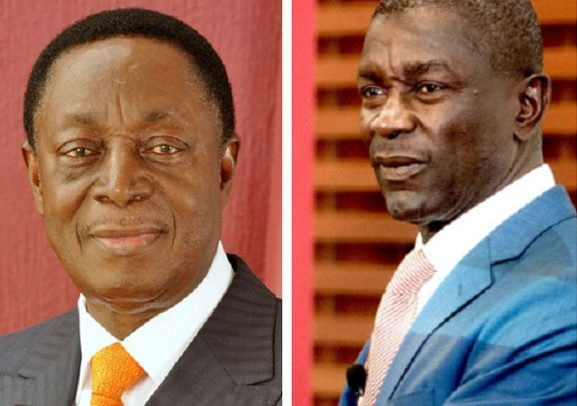 The Bank of Ghana (BoG) has insisted that it would not appear before a parliamentary committee probing into the circumstances surrounding the revocation of licences of uniBank Ghana Limited and UT Bank Limited, which became insolvent.

The committee was set up by the Speaker of Parliament, Alban Bagbin, in late March, 2021, following petitions presented to Parliament by former Minister of Finance and founder of the defunct uniBank, Dr. Kwabena Duffuor, and his counterpart for the defunct UT Bank Limited, Prince Kofi Amoabeng, through NDC MP Mahama Ayariga.

The central bank has written to the committee saying that Dr. Duffuor and Mr. Amoabeng are trying to use the back door to review the decision it took against them for breaching banking rules.

The BoG wrote through their lawyers, Bentsi-Enchill Letsa and Ankomah, explaining that the petitioners, are seeking to procure the legislature to review decisions of the central bank, saying that the decisions were taken according to its statutory powers under the Banks and Specialised Deposit Taking Institutions Act, 2016 (Act 930).

According to the central bank lawyers, the appropriate forum to seek redress has been spelt out in the law and did not understand why Dr. Duffuor and Mr. Amoabeng would not use those platforms to seek redress.

“The BSDTI Act provides how persons who are aggrieved with such decisions may seek redress for their grievances, and the prescribed resolution mechanisms do not include recourse to Parliament,” the central bank stated.

The central bank insisted that Dr. Duffuor and Mr. Amoabeng in petitioning the Speaker of Parliament are in essence asking the legislature to instruct the BoG in its constitutional mandate of promoting economic development and the efficient operation of a banking and credit system in the country.

It was a revision of his earlier directive for the setting up of a seven-member committee to go into the petitions alleging disregard to the rules of administrative justice by the BoG and the Ghana Stock Exchange in revoking their banking licences.

The two petitioners, whose insolvent financial institutions were taken over by the state as part of the banking sector clean up exercise in 2017, have been calling for investigation into the actions of the regulators.

Dr. Duffuor and Mr. Amoabeng on March 23, 2021, laid their separate petitions before the House through the NDC MP for Bawku Central, Mahama Ayariga, on the dictates of Order 76 (1) of the Standing Orders of Parliament.

Mr. Bagbin then proceeded to propose the setting up of a seven-member committee to go into the petitions, ruling that his admission of the petitions did not contravene the rule on sub-judice.

He added that, in consultation with leadership, he composed the nine-member committee to be chaired by the MP for Bekwai and First Deputy Speaker, Joseph Osei-Wusu, with others, including Alexander Afenyo-Markin (Deputy Majority Leader and NPP MP for Effutu), Joe Ghartey (NPP MP for Essikado-Ketan), Patrick Yaw Boamah (NPP MP for Okaikoi Central), and Samuel Atta- Akyea (NPP MP for Abuakwa South).

Prior to the admission of the petitions, some members of the Majority Caucus kicked against the parliamentary probe, citing the rule on sub-judice since the issues were subject matters before the courts.

The Majority Leader, Osei Kyei-Mensah-Bonsu, in particular, had argued it was wrong for Parliament to consider the petitions and requested the Speaker to reconsider his ruling to admit the petitions.

However, Mr. Bagbin, justifying his decision, ruled that the admission of the petitions did not contravene any law or provisions of the Standing Orders of Parliament, and that it was in accord to parliamentary practice.

Dr. Duffuor and Mr. Amoabeng wanted Parliament to investigate what they considered to be a disregard to the rules of administrative justice guaranteed under Article 23 of the 1992 Constitution and recommend that their banks should be given back to them.

The calling for the probe is being done at the time their respective cases are undergoing both civil and criminal trials in court.

Dr. Duffuor wants Parliament, in particular, to investigate the conduct of the central bank in respect of the takeover and appointment of an official administrator for uniBank Ghana Limited as well as the circumstances surrounding the revocation of the banking licence of the bank.

Mr. Amoabeng, on the other hand, wants the legislative arm to investigate the conduct of the BoG and the GSE for the revocation of UT Bank’s licence and delisting the bank.

According to Mr. Amoabeng, the revocation of UT Bank’s licence and the delisting of the bank from the stock exchange amounted to a conduct “without due regard to the rules of administrative justice guaranteed under Article 23 of the 1992 Constitution.”

Interestingly, Mr. Amoabeng is on record to have said that high levels of non-performing loans and thievery by some staff collapsed his bank.

The central bank cited weak supervisory standards, breaches, operational weakness and persistent liquidity challenges in its cash reserve requirements as some of the reasons for the takeover, while management of UT Bank was accused of mishandling depositors’ cash by engaging in fictitious and unlawful activities.

Samsung to ‘reimagine smartwatches’ at its MWC event

‘Castro Is Not Dead. He Will Come Back. I Spoke To Him In My Dreams’