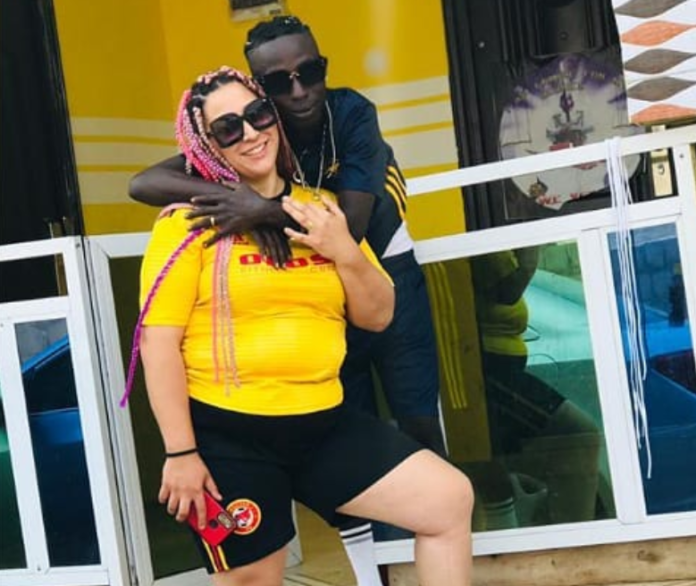 Ghanaian musician, Patapaa Amisty, has revealed what his German wife, Liha Miller Amoah, doesn’t like about him since they tied the knot.

Speaking in an interview on Daybreak Hitz on Hitz FM, the One Corner hitmaker said his wife, who is five months pregnant, hates it when he posts other women on his social media platforms, especially Whatsapp.

The musician said his wife is not used to the fact that musicians love to share videos of fans who enjoy their songs on their social media handles, adding that, it forms part of promoting his songs.

But speaking to Andy Dosty, Patapaa said his wife is yet to come to terms with that.

She doesn’t like it when I post women on my status… she doesn’t know that its sometimes part of the job because they dance to my songs.

She is not used to it. So I’ve been trying to convince her to know it’s not easy for someone to dance with your song [SIC].

[VIDEO] ‘My Is Not Having The Desired Impact Abroad’