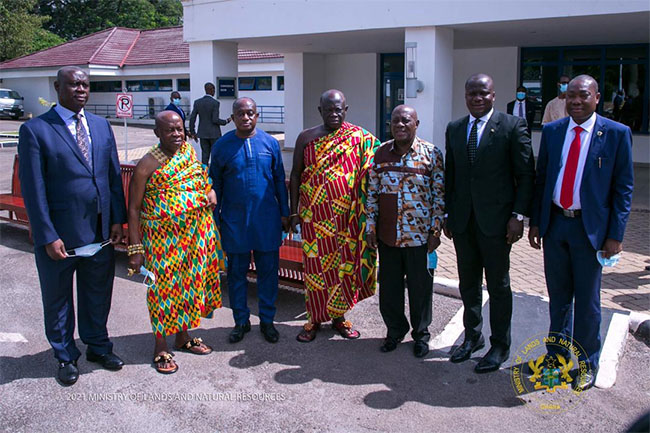 The Minerals Commission has held a day’s Workshop for Judges and Magistrates.

The Workshop, organised by the Minerals Commission is to collaborate with the Judiciary to deal with issues regarding legal and illegal mining activities and also bridge the gap between the mining sector and the judiciary which will lead to the emergence of sound judgements from the various courts.

Delivering the welcome address, the Ashanti Regional Minister, Simon Osei-Mensah, noted that the judiciary will be equipped with the needed information that will assist them to fully apply penalties in the delivery of their work.

The Minister of Lands and Natural Resources, Samuel A. Jinapor in his opening remarks stated that the efforts of government and other stakeholders will not amount much unless the Judiciary, the vanguard and custodians of the rule of law in the country is equipped with the necessary skills and tools to enforce the mining laws without fear or favour.

He indicated that government has become concerned with some of the judgments and punishments meted out to persons charged for engaging in illegal mining activities.

The Minister, therefore reiterate that as Government, we shall at all times, uphold and respect the independence of the Judiciary.

He acknowledged and commended the many judges who have stood up to the occasion by enforcing the mining laws with fidelity and integrity.

It is my fervent belief that with the support and vigilance of all stakeholders, we must and would be able to preserve our nation’s lands, forests, wildlife and improve on the management of mineral resources for the benefit of generations unborn.

“This, is about the survival of our country”, he added.

The Chief Justice, Kwasi Anin-Yeboah in his Special Remarks, called on all and sundry to support the fight in curving the galamsey menance in the country.