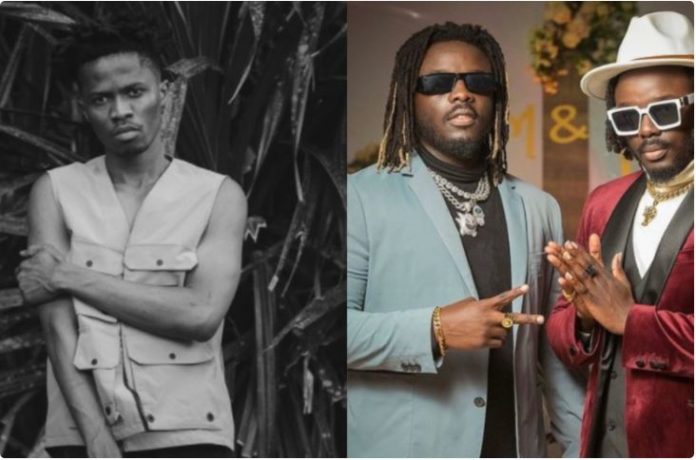 Grind Day hitmaker Kwesi Arthur has said in an interview that he is not cool with music duo DopeNation over an issue he considers to be untrue.

While speaking in an interview during an entertainment show on EBN TV, Kwesi Arthur said he was not cool with the Zanku crooners because they lied about him.

“I am not cool with them cos they lied on my name”, Kwesi Arthur said looking quite disappointed.

He went on to say that he had no idea where the allegations they were making against him came from because to the best of his knowledge, he does not remember when he or his team was rude to the duo.

Guy in tears after another Nana Ama gave him broken heart

Arnold vs. Shatta Wale: ‘Can’t we express ourselves without insulting?

“I am confident of winning a Grammy very soon” – Fameye » ™