Ruling on Rastafarian students vs Achimota School: The story so far 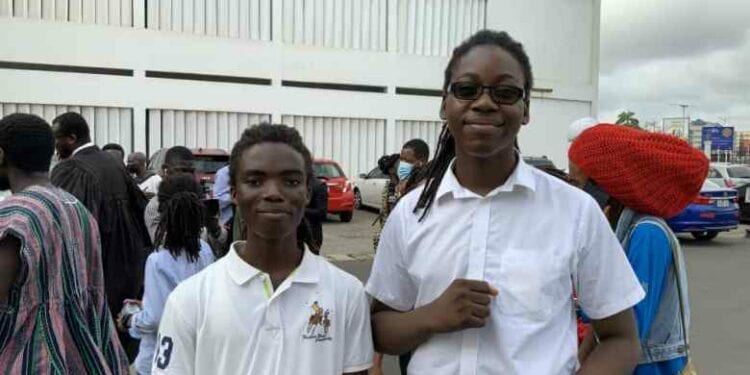 Following the landmark ruling on May 31, 2021, by a Human Rights High Court directing Achimota School to grant admission to two Rastafarian students, there has been a flood of positive reviews and opposing views on the verdict.

The saga began when the Achimota School refused admission to Tyrone Iras Marhguy and Oheneba Kwaku Nkrabea in March 2021 over their hairstyles after they were allocated slots by the Computerized School Selection & Placement System.

The family of the two students subsequently sued the school for discrimination and asked the court to compel the school to admit them, citing their religious belief as the basis for keeping dreadlocks.

Ruling by the High Court

The verdict, which was pronounced by Justice Gifty Addo in her ruling, stated that the fundamental human rights of the two students cannot be limited.

She stated that on the probabilities of the evidences that were adduced before the court, she didn’t think the Achimota SHS and its proponents made a compelling argument as to why those two students should not be admitted, especially given their rights to education as well as their rights to express their religious freedom.

One of the lawyers for the two students, Wayoe Ghanamanniti, following the ruling, described it as a restoration of the human rights of the students.

He explained that the petitioners in pursuing their case sought proper interpretation to Achimota’s rule as against the right to freedom of religion as captured in the Constitution.

“Moving forward, any scenario where someone believes in Rastafarianism, this ruling covers that person,” Lawyer Ghanamanniti said.

Barely 24 hours after the ruling was given, the Board of Governors of Achimota School on June 1, 2021, announced their disagreement with the ruling and decision to appeal the case.

But Ghana’s Education Minister, Dr. Yaw Osei Adutwum, in a reaction to the development said the Board of Achimota School is not clothed with the power to unilaterally decide to appeal a ruling of the court.

Making his submission on Metro TV’s “Good Evening Ghana” show, Dr. Adutwum cautioned the Board not to go ahead of themselves and to pull the brakes on their intended move.

“…Who’s the Attorney General? he acts on behalf of the government of Ghana, he’s the one that should say Minister of Education let’s sit down, where do we go from here. So, nobody can preempt us… Achimota School Board chill! …They should understand that they act at the behest of the Ghana Education Service under their rules and guidance and the Board is constituted by the Minister of Education.”

He added that any decision to appeal should have been advised by the Attorney General who represented the school in the landmark case.

President of the National Association of Graduate Teachers (NAGRAT), Angel Carbonu, following the ruling opined that it will encourage other students to wear all manner of hairstyles to school and therefore set a wrong precedent.

“Someone has Rasta, another has Mohican, another person will have Afro. Are they not hairdos? Why should we discriminate? Someone wants to wear trouser, another wants to wear shorts, are they all not pants?” he quizzed.

He added the ruling will grant various individuals the opportunity to hold their religious activities superior to the school rules which are meant to foster teaching and learning.

The Achimota School Board’s position on the ruling

The Board of Governors of the Achimota School has revised its earlier decision to appeal the court order to admit the two Rastafarian students Tyrone Marhguy and Oheneba Nkrabea.

In a statement issued on Wednesday, June 2, 2021, it explained the decision followed consultations with the two stakeholders on the way forward.

“Further to our statement issued on 1st June 2021 on the subject of two Rastafarian applicants, we have been in consultation with other relevant stakeholders to seek the best ways forward, taking into account the interests of all parties,” it said.

The school’s board however said it remains committed to an appeal against the ruling of the High Court.

“While the Board remains committed to the appeal against the High Court ruling, it will withdraw the application for a stay of execution pending the determination of the appeal by a higher court,” it explained.

In an interview with JoyNews, monitored by GhanaWeb, he noted many have expressed discontent over the court decision which he believes will open the floodgates to all kinds of lifestyles in secondary schools.

He added that should the decision be applied, it must therefore be subjected to the test of a higher court within the judiciary architecture.

Godfred Dame explained that the High Court constitutes the first step in the judiciary architecture, above it is the Court of Appeal and the Supreme Court.

“So, I think that this is not the end of the matter, the soundness of the decision has to be tested,” Dame said.