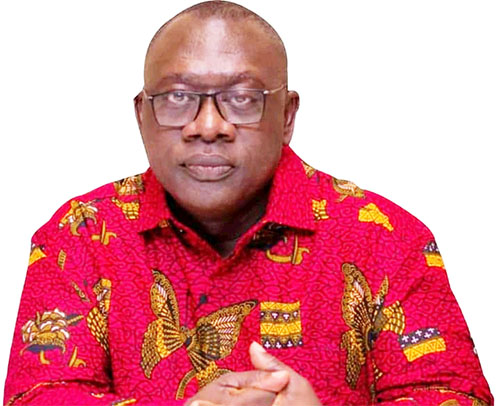 According to the nominee, the new policy, which spans from 2020 to 2024, was adopted after a review of what was in existence which ended in 2019.

Taking his turn at the public hearing of the Appointments Committee of Parliament on Wednesday, the nominee, O.B. Amoah said “As far as I am concerned, the decentralization policy has seen a review and we have started implementing the current policy (2020-2024).”

“The fact that we still want to deepen democracy, we have six areas we are looking at. This time we have included local economic development because we think it’s a major issue,” he stated.

He disclosed that income earning, employment, developing the districts, rural development, and popular participation formed the key part of the policy

On the issue of accountability, O.B. Amoah, who is also the NPP MP for Akuapem South, said the Assemblies are required by law to engage stakeholders prior to fee fixing and passage of resolutions, and pointed out that this demand was captured under Section 41 of the Local Governance Act passed in 2016.

For him, stakeholder participation in bye-laws and fee fixing is one of the triggers for arrangement and funding for the Assemblies.

“If you don’t prove that you have gone through this process you would be sanctioned and may lose part of the funding because you will then not qualify when it comes to the measures that will be looked at,” he said, adding “this is something that we have been pursuing and as far as we are concerned it is a trigger for us to say that we are running the assembly well or not,” he noted.

The nominee suggested for the formula of the Common Fund to be looked at again since making compliance the sole objective without a look at the needs may end up short-changing some of the less-endowed assemblies.

“The Minister has also made that point and I believe that we can follow it up. I even understand that there have been some meetings which looked more at the service delivery and the needs than compliance. Probably, if we look at other aspects, some more money will go to less endowed places than just the straight thing that we have been looking at which has more or less affected some of the assemblies,” he added.

More than 65,000 merchants enrolled on the GhQR platform

I don’t trust humans, not even my wife

Lady On A Revenge Mission Said She Has Made Two Guys Cry This Year, Her Target Is 5 [Screenshot]

“You ain’t a real man if you can’t produce baby” – Yaw Dabo says as he flaunts half-caste baby to mark Father’s Day [Video]...

Shatta Wale reacts after he was busted for wearing ‘fake’ designer