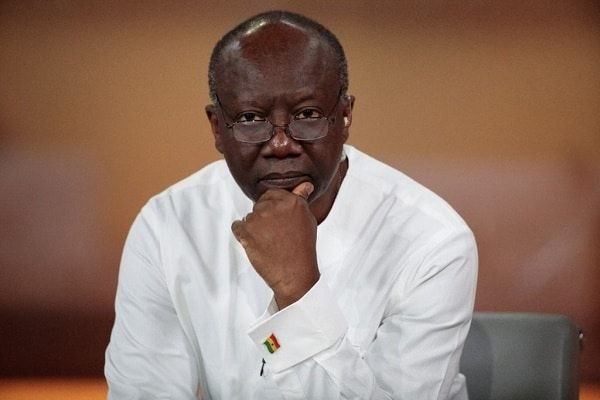 Bolgatanga Central MP Isaac Adongo has alleged that investment bank Databank, co-founded by Finance Minister Ken Ofor-Atta, and other financial institutions that have served as bookrunners for the government of Ghana’s borrowing program for the past four years of the Akufo-Addo government, have benefitted from GH¢875 million in transaction fees.

In his view, Mr. Ken Ofori-Atta and the Minister of State-designate at the Ministry of Finance, Mr. Charles Adu Boahen, are encouraging the country to borrow more because it is a means of making private money through their respective companies that the same ministry has handpicked as transaction advisors.

At a press conference, the Ranking Member of Parliament’s Finance Committee said: “Only recently, you would have seen that the Bank of Ghana has reported very alarming as our national public debt and that figure that was reported by the Bank of Ghana excludes the $3 billon that we recently borrowed”.

“Even if we are to use $1 billion of that to refinance maturing debt or to call back other bonds that were issued, our public debt portfolio should now be in the region of GH¢320 billion. That means that in a little over four years, we’ve added about GH¢200 billion to our public debt”, Mr Adongo noted.

He said “it is becoming very clear that the phenomenal growth of our public debt is influenced largely by some people at the Ministry of Finance who have made borrowing their private business because they benefit directly through their companies when Ghana borrows”.

He intimated: “What it technically means is that they have also determined how much they’ll pay themselves because the Ministry of Finance fixes the rate at which these entities are paid. I’ve never seen anywhere in the world where people can treat a country with such impunity”.

Giving some figures to buttress his point, Mr. Adongo said: “If you take the last four years, our public debt grew by an addition of GH¢200 billion. We also refinanced close to GH¢70 billion of the loan portfolio that the NDC left in 2016. That’s GH¢70 billion out of the GH¢120 billion was refinanced. That means, in total, the government’s borrowing progarm over the last four years, additionally, has been almost GH¢270 billion”.

“Granted that this GH¢270 billion, about GH¢10 billion of that is in short-term treasury bills, which are not bonds that these companies would have to book-run and granted that a further GH¢10 billion is from other loans from development partners like the World Bank, Africa Development Bank and the rest, you still have a healthy GH¢250 billion that Ken Ofori-Atta’s company and other bookrunners have had to assist Ghana to borrow”, he said.

“They are paid 0.35 per cent per value. That gives you GHS875 million in fees that Databank and the rest have had to share from the people of Ghana”, Mr. Adongo computed.

Concerning new borrowings, the opposition lawmaker said: “This year, the government’s total gross financing requirement is about GHS60 billion. Again, you can offset about GHS10 billion of that for other financing arrangements and treasury bills in the gross financing arrangement and you have another almost close to GHS50 billion that would be borrowed by Ken Ofori-Atta and his company and Charles Adu Boahen and his company”.

“In all, we expect a payment of GHS210 million in fees and charges to be shared by these book runners. These are very very huge numbers. So, the reason we are borrowing GHS60billion, GH¢70 billion, GH¢280 billion, is not because Ghana needs it; it’s because some people need the money. Ken Ofori-Atta and Charles Adu Boahen need that money through the fees they get from their companies”, he argued.