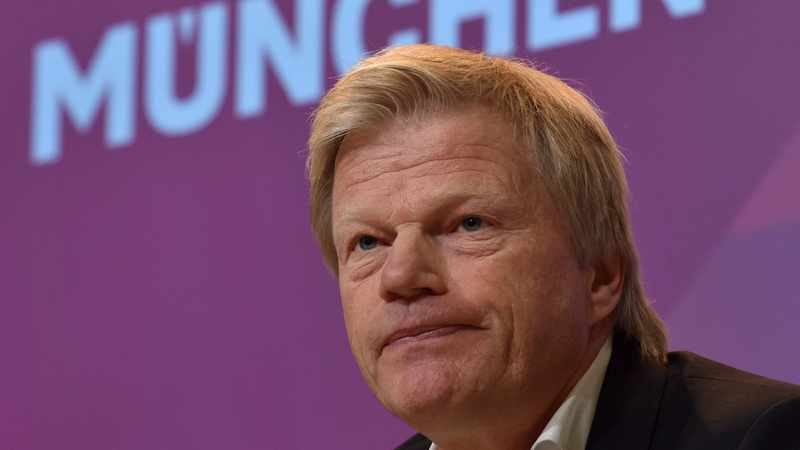 BERLIN – After 30 years in charge of Bayern Munich, Karl-Heinz Rummenigge will step down as chairman at the end of the month and be replaced by former Germany captain Oliver Kahn, the Bundesliga giants said on Tuesday.

Rummenigge had been due to see out his contract which expires at the end of 2021, but is leaving six months early to meet the end of the financial year on June 30.

“It is strategically the most sensible and logical point in time,” said Rummenigge, 65, with Kahn, 51, to be Bayern’s chairman when the new season starts in August.

“It is a farewell with satisfaction and pride. That was important to me,” he added.

Karl-Heinz #Rummenigge to leave his role as #FCBayern CEO. Oliver #Kahn will take over from 1st July. #DankeKalle

Rummenigge’s departure will herald a new era at Bayern for the start of next season with Julian Nagelsmann, 33, also replacing Hansi Flick as coach for the campaign.

Rummenigge joined the club’s management in 1991 as vice-president and then became chairman in 2002, overseeing an incredible period of success.

A former striker who made 95 appearances for West Germany, Rummenigge played for Bayern from 1974 to 1984.

He was part of the team which won the European Cup twice and was voted the Ballon d’Or winner in both 1980 and 1981.

However, Kahn has a pedigree to match having won the Bundesliga title eight times in 14 years at Bayern before retiring in 2008.

He earned the nickname ‘Vol-Kahn-o’ with his fiery temper and fierce determination to win.

The former goalkeeper played 86 times for Germany, captaining them to defeat against Brazil in the 2002 World Cup final and made 632 appearances for Bayern.

“As chairman, Karl-Heinz Rummenigge has done great work for Bayern for over 20 years,” said Kahn, who has been tipped as their next chairman since joining the club’s board in January 2020.

“During this time, the club has won everything there was to win – you can’t rate his services to Bayern highly enough.

“The time has now come for me to take on responsibility at the top of Bayern Munich.

“In the past 18 months, I have got to know all facets of the club.

“I know what challenges we are facing. I am aware of the task and I am very much looking forward to it.”