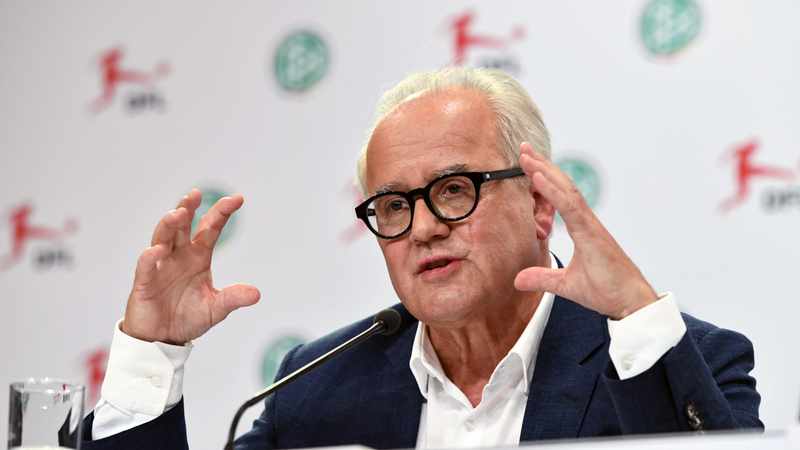 BERLIN – German Football Association (DFB) chief Fritz Keller on Monday stepped down following a furore over a Nazi comment directed at a vice president but urged the world’s biggest sports federation to change in order to earn back trust.

Keller, who took over as president in September 2019 with a brief to reform an organisation already plagued by scandal over irregular payments, had addressed his comment to vice president Rainer Koch.

“As announced I step down from the post as president for a deep-rooted and necessary restart,” Keller said in a statement.

He had last week announced he would be stepping down following Monday’s hearing at the DFB sports court.

“With this I take on the responsibility for my derailment in the board meeting of April 23 that should remain the low point in the desolate leadership situation of the DFB.”

Keller last month had referred to Koch, a civil judge, as “Freisler”, a reference to notorious Nazi judge Roland Freisler, a participant at the 1942 conference at which the Nazis laid out their “final solution” to exterminate the Jews.

Keller said his resignation would not solve the DFB’s current problems and the need for change was urgent as he himself had crashed into “resistance and walls” in his effort to reform the organisation with more than seven million registered members.

“The DFB must change. It must win back credibility, trust in its integrity and performance,” he said. “Changes should be an important, necessary part of the short-term agenda of the DFB.”

General Secretary Friedrich Curtius, with whom Keller had fought a bitter battle over control within the DFB, is also leaving, with Koch remaining as interim president but not taking over another vice presidency after a congress early next year.

Keller is the fourth consecutive president to be tarnished by scandal with his predecessor Reinhard Grindel having been forced to resign in 2019 after accepting a luxury watch as a gift from a Ukrainian businessman.

Grindel’s own predecessors – Wolfgang Niersbach and Theo Zwanziger – were investigated and indicted in Switzerland over a payment for the 2006 World Cup in Germany.

Germany and the DFB will host the 2024 European Championship.