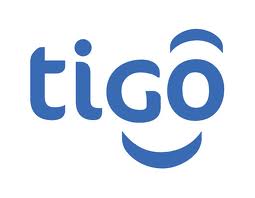 Telecom Operator Tigo Ghana has sent scores of its workers home as it commences a major restructuring exercise.

Citi Business News has learnt the dismissals which commenced last week is still ongoing and has so far affected the company’s commercial, marketing, call centre, PR, HR and procurement wings among others.

This is not the first time the telecom company is embarking on such a move.

In mid 2014 Tigo dismissed a number of its workers in a redundancy exercise.

Justifying its move at the time Tigo in response to Citi business news’s enquiry on the matter said the move was ‘to ensure its ability to compete in ‘this highly competitive market and build a sustainable business.’

It added that it has become necessary for it to review its operation based on a thorough evaluation of the company’s structure and strategic objectives.

Tigo is the third largest telecom operator in the country with about 4.4 million subscribers as at August 2015 according to figures from the regulator of the telecom industry the National Communications Authority (NCA) .

It has stayed at the number three position for years, but that position is currently being threatened by Airtel which is the fourth largest telecom operator in the country with about 4.2 million subscribers as at the end of August 2015.

Further checks also reveal some of the company’s subsidiaries in Africa are also embarking on similar moves.

Tigo Rwanda in December last year laid off about  seventy of its workforce accounting for at least 20 per cent of the firm’s total workforce in that county.

Meanwhile efforts by Citi Business News to get a response from the company over the matter proved futile.