The Kumasi High Court caught fire on Wednesday morning destroying some case files in the process.

A court official, who spoke to Citi News on grounds of anonymity, said the burnt area contained case files.

The fire which started at 11:00am lasted for about thirty minutes, before it was doused by fire fighters. 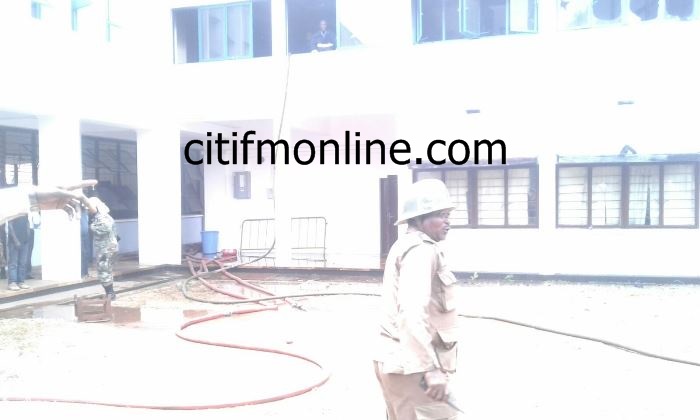 Fire fighters at the scene.

No casualty has however been recorded.

Some cases that were scheduled for hearing today, have been suspended as a result of the fire.

Court officials say the court’s activities will be affected for a while until the mess caused by the fire is fixed. 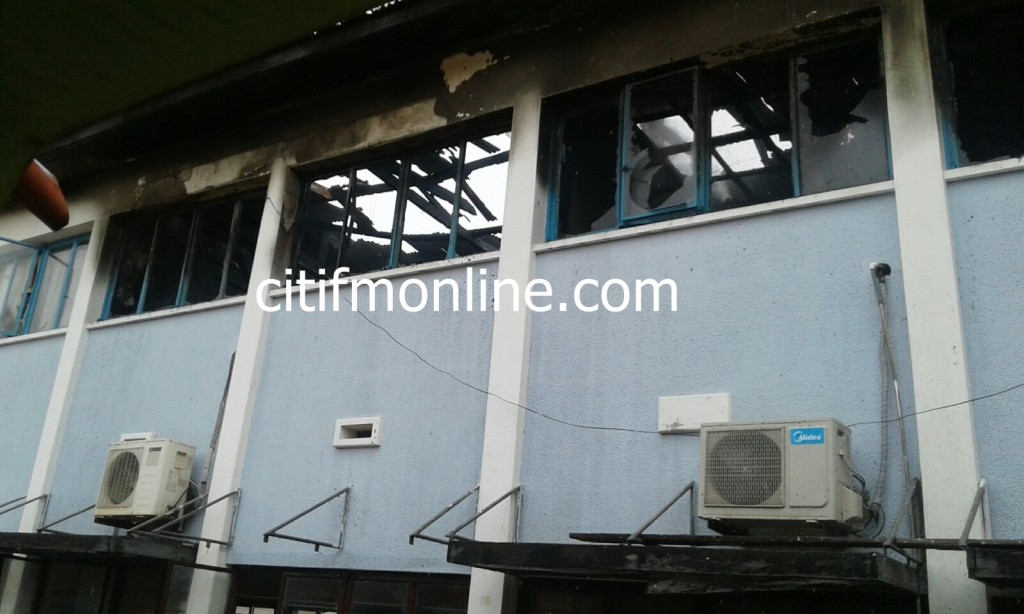 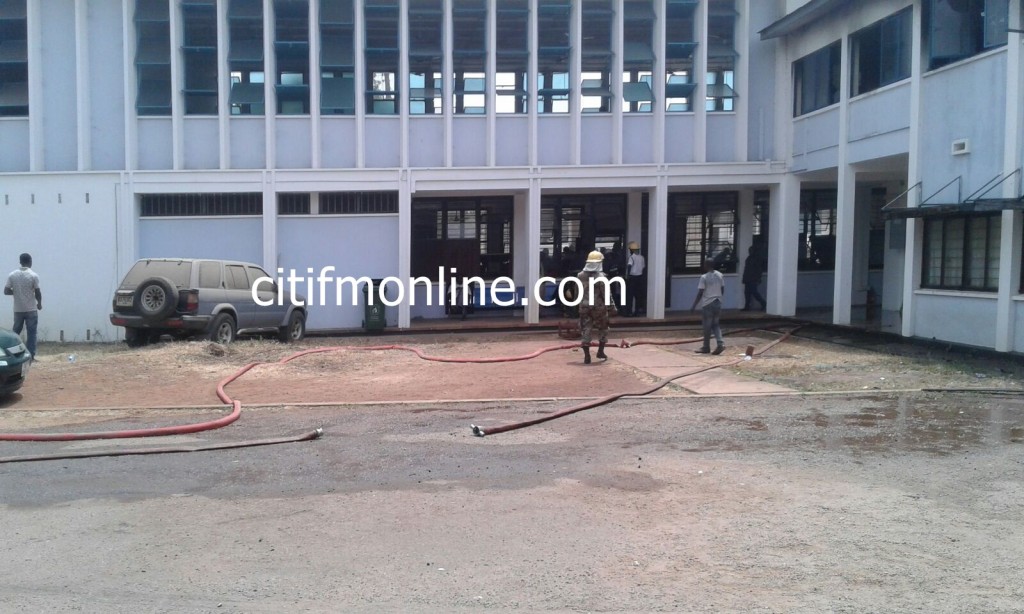 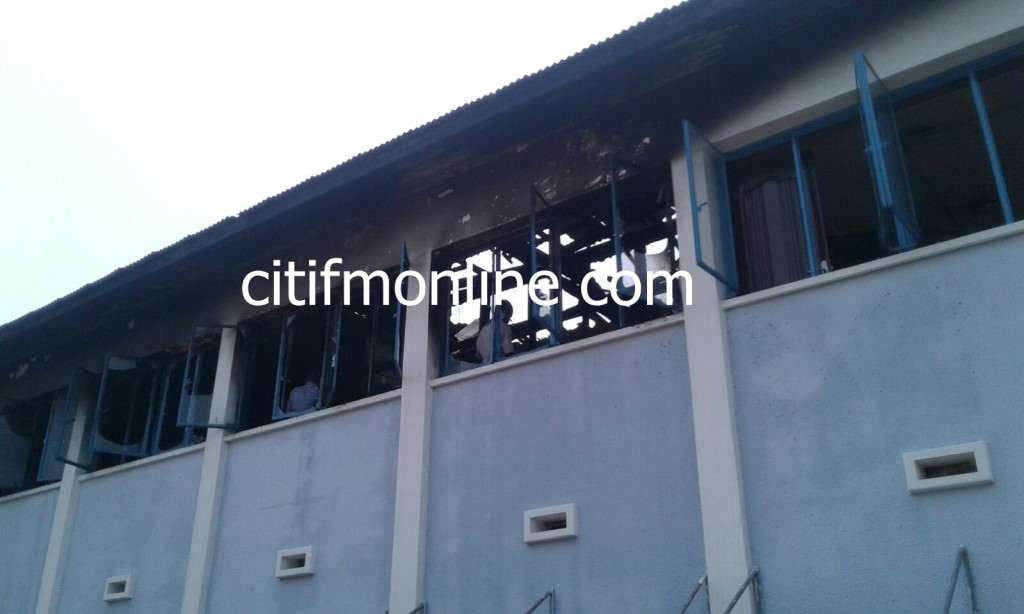 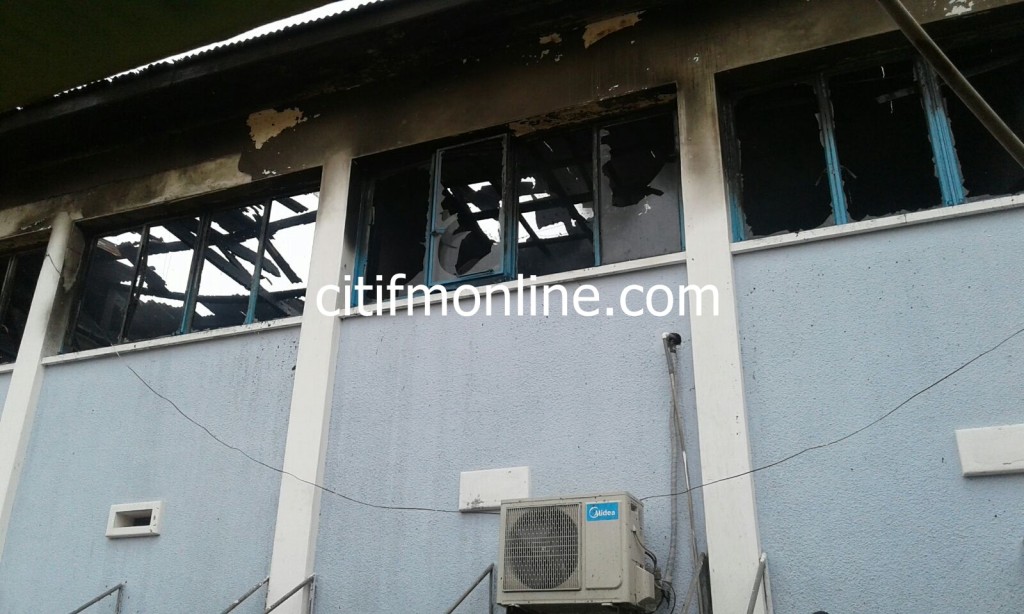