Blatter and Platini lose Fifa appeals but have bans reduced 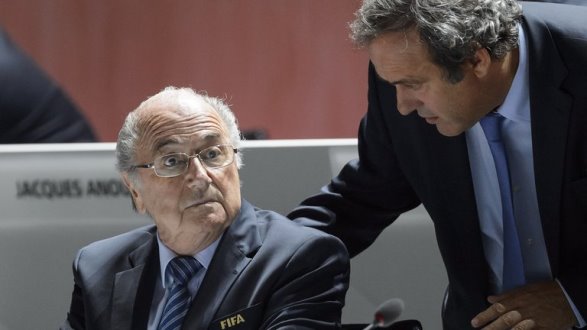 But the suspensions have been reduced from eight to six years by Fifa’s appeals committee.

Both were found guilty of breaches surrounding a £1.3m ($2m) “disloyal payment” to Platini.

They both deny any wrongdoing and Blatter has already said he will appeal to the Court of Arbitration for Sport.

Blatter, 79, said in a statement: “I am very disappointed by the appeal committee of Fifa and I will take it to the Court of Arbitration for Sport in Lausanne.”

The committee said “activities and services rendered to Fifa, Uefa and football” was a mitigating factor.

Fifa’s presidential election is due to take place on Friday to find Swiss Blatter’s replacement.

Blatter and Platini said the payment honoured a verbal or gentleman’s agreement made in 1998 for work carried out by the Frenchman when he was a technical advisor for Blatter.

The decision not to overturn the suspensions follows a 12-year ban imposed on Jerome Valcke, who was sacked as secretary general of world football’s governing body last month.

Valcke, the man responsible for running Fifa’s day-to-day administration, was found guilty of misconduct over the sale of World Cup tickets, abuse of travel expenses, attempting to sell TV rights below their market value and destruction of evidence.