Vic O Offers To Perform For Free At Ben Bruce’s Birthday Like 2baba, Don Jazzy And The Rest 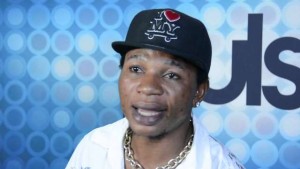 Senator Murray Bruce who was born on February 17, plans to celebrate his upcoming 60th birthday.

He tweeted today, thanking top Nigerian celebrities such as Don Jazzy, 2 Face, Wizkid, Dbanj, Iyanya, Tekno, Harrysong, and more for signing up to perform for free at his upcoming birthday party.

In two tweets, he said:

“I’d like to thank @official2baba, @wizkidayo, @iamdbanj, @Iyanya, Tekno and Harrysong for signing up to perform at my birthday for free!

“I also want to thank the Don, @DONJAZZY, @timayatimaya, @MAVINRECORDS and @OfficialWaje for signing on to perform for free at my birthday.”

Following his tweets of appreciation, Vic O had retweeted Murray Bruce’s tweets before asking in reply to the tweets, if the senator had no plans of inviting him to the party.

“Don’t you want me to perform at your birthday also…. Every song i sang was a hit from ‘After Party’ to ‘Uche face’.”