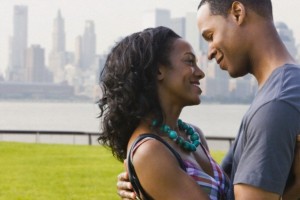 Here are some ways to recognize a “relationship type,” as well as some of their habits and patterns:

If you’re the one-nighter in this case, you undoubtedly received a text the next day (if not the next morning) sparking up a conversation about what you’re doing right now.

The conversation will end with a “What are you doing this weekend?” They usually like to plan to meet up again soon and talk casually during the day, leaving the one-nighter confused.

2. They’re likely to bounce back after a breakup with a new relationship.

It will be a full-blown “#WCW/#MCM-Instagram-worthy” relationship, not just a weekend hookup. The exes of the “relationship types” — if they aren’t relationship-types themselves — typically end up pissed at their ex-partners for moving on so quickly, especially after being told they were “the one” probably about a hundred times.

3. If they try to be “single and ready to mingle,” they usually come crawling back.

I’ve noticed this is the most common pattern for male “relationship types.”

They break up with their girlfriends because they feel they need to focus on themselves, and after hooking up with a few randos, they come back with their tails between their legs and beg for forgiveness.

And, if you would have done your research and Insta-stalked his ex before his last ex, you would have known they look alike, too. The “relationship type” usually has a very defined taste and tends not to stray very far.

I once thought my friend had been dating the same guy for years until I saw an unfamiliar name tagged in her Facebook profile picture with her new beau, and I realized it was a totally different guy.

5. They like the thought of their flings more than the people themselves.

Because they have been in more relationships than most people, jumping from relationship to relationship, it’s hard to imagine they’ve built a really unmatchable bond with any single one of their significant others.

6. They’re unhappy on their own.

“Relationship types” grow very accustomed to having boyfriends or girlfriends. When things inevitably don’t work out, and they are forced to be on their own, they struggle to reflect and work on themselves.

Instead, they search for someone else to fill that void.

These “great love” stories come from those people in our lives who are different from anyone else we’ve met before, and they seem to be our perfect counterparts.

They are the ones who just fit into our lives like they were the final puzzle pieces.

People who have long lists of relationship repertoires usually struggle to single out any one past partner as being the first or greatest true love.

8. They are more likely to marry based on timing than love.

Timing is everything. And in life, people can decide when it is time for them to settle down. When “relationship types” decide it is time to settle down, it does not necessarily matter who they are with.

They will settle down with their current partners if they believe it is time to do so.

9. Just because they are the “relationship type” doesn’t mean they won’t cheat.

In fact, some of the most stereotypical “relationship types” I know have cheated more than any “womanizer” I’ve met, as “womanizers” don’t have meaningful relationships unless they are truly with someone special.

You could catch the “relationship type” guy making out with a girl at the bar on a Thursday night and think, “I guess he and his girlfriend broke up.”

The next morning, you’ll see a “Happy One-Year to the most beautiful girl in the world. I love you!” Sunday brunch Instagram post.

This isn’t the case for all “relationship types,” if you agree that the stereotype exists. But, I’ve noticed these common habits and patterns across the board for what you could consider to be one.

Watch out for the “relationship type” one-nighters, exes, potential new partners and beyond. But remember: There are exceptions to every rule.