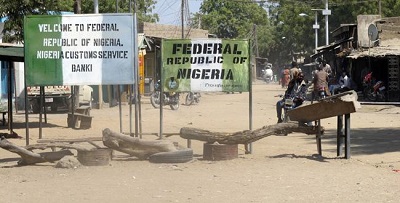 The Nigeria Customs Service (NCS) says it has not ordered the withdrawal of its personnel from the border stations in Sokoto and Kebbi states.

This is contained in a statement signed by its Public Relations Officer, Mr Wale Adeniyi, and made available to journalists in Sokoto on Monday.

“The directive withdrawing the officers was said to have been given verbally by an un-named official of the Federal Government, raising fears about security of our borders.

“In view of the security implication of this development and its sensitivity, it becomes necessary for the Service to clarify the situation as follows:

“There was no directive whatsoever, verbal or written to officers of Nigeria Customs Service posted to Kebbi/Sokoto and Kaduna/Katsina commands to withdraw from the borders or their patrol bases”, the statement said.

It further stated that there was no directive withdrawing Customs Operatives from duty posts in other border stations across the country.

“In view of the security situation in the country, the Comptroller-General only last week directed a reinforcement of patrol teams across the country.

“The Sokoto/Kebbi axis was beefed up with the deployment of a Special Squad in view of a reported incident between Customs and smugglers.

“The Service is in consultation with Nigeria Immigration Service and other sister government agencies on this issue”, it explained.

It further said that the Service was in consultation with the state governments in the North West axis to reassure them that “our officers are at alert on their duty posts.

“They should regard the withdrawal allegation as baseless and mere speculation”. (NAN)