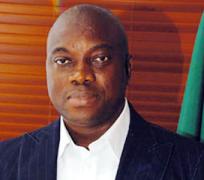 Ahead of the February general elections, the Federal Government has raised the alarm over plans by the All Progressives Congress to instigate political crisis in the country should President Goodluck Jonathan emerge the winner of the presidential poll.

Special Adviser to the President on Niger Delta and Chairman, Presidential Amnesty Programme, Kingsley Kuku, made the allegation on Sunday while speaking with leaders of youth organisations from the region in Port Harcourt, Rivers State.

He, however, maintained the Presidency’s position to ensure that the opposition would not be allowed to carry out its threat to form a parallel government in the advent of any crisis after the presidential election.

He added that though the Presidency had promised to make Nigerians enjoy free, fair and credible elections, the opposition had vowed to form an alternative government should it lose at the poll.

Kuku expressed surprise that the APC, which had been confident that it would win the presidential elections, had resorted to threats.

The presidential aide stressed that Nigeria was too big for any group of people to start thinking of forming an alternative government in a society where an administration voted into power by Nigerians still existed.

According to him, “Before the 2011 general elections, some politicians who are now members of the APC threatened that there would be unrest if President Jonathan wins the election.

“After the election, violence was unleashed, resulting in the death of many persons, including members of the National Youth Service Corps. None of the chieftains of the APC condemned the wanton destruction of lives and property in 2011”.

Kuku stated that President Goodluck Jonathan would continue to run the affairs of the country with human face in spite of the unjustified opposition against him (Jonathan) and would not be involved in tyranny.

He described the president’s offering of Boko Haram members amnesty as an indication that he never believed in violence as a solution to problems.

Meanwhile, Kuku has defended his presence at a meeting which held at the Government House, Bayelsa State on Saturday, where former Niger Delta militants were said to have threatened war should President Jonathan lose re-election next month,.

A statement by his Special Adviser on Media, Mr. Daniel Alabra, said: “It was a peace meeting called by Bayelsa State and held at the Government House. Kuku was only invited to that meeting just as Asari. Whatever Asari said after the meeting was his own opinion.

“The meeting was not called to threaten anybody or section of the country or the country.

“It was called in respect of the tension rising in the Niger Delta concerning the attack on the president in the North during his campaign. His campaign buses have been burnt; he has been stoned”.