It’ll Be A Sad Tale For The South-South To Vote For Buhari, Other APC Candidates – Anenih 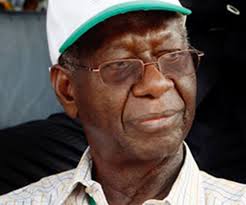 The Peoples Democratic Party, PDP, Board of Trustees Chairman, Chief Tony Anenih, has urged Nigerians not to be deceived that President Goodluck Jonathan will not win re-election in next month’s presidential election.

Anenih, who gave the assurance at a rally which held in Uromi, the headquarters of Esan North-East Local Government of Edo State, Sunday, noted that he had recently visited some northern states and with what he saw, the PDP would emerge victorious in the February elections.

Anenih specifically mentioned Kwara and Sokoto as states where the PDP would win and defeat the candidate of the All Progressives Congress, Maj. Gen. Muhammadu Buhari (retd.).

He said, “Don’t be deceived if anyone tells you Jonathan will not win. I went out to see things for myself. Four days ago I was in Kwara State. As I was leaving after sitting for five hours, I knew that we have won Kwara.

The PDP BoT chairman also urged the people of Edo State to support the PDP at the polls.

He added that it would be a sad tale to vote for the APC candidates at all levels because “you don’t take food from your son for a dog”.

“Coming back home, it will be a sad tale for any member of the South-South region to vote for the APC candidates, whether in the Houses of Assembly, House of Representatives, Senate, governorship or Presidential election. It will be so bad; you take food from your son to a dog”, he said.